Hey friends!  I haven’t shared a life update in a while so I figured it was time I shared what we’ve been up to lately and some random things the kids and I have been loving.  In no particular order, here it goes! 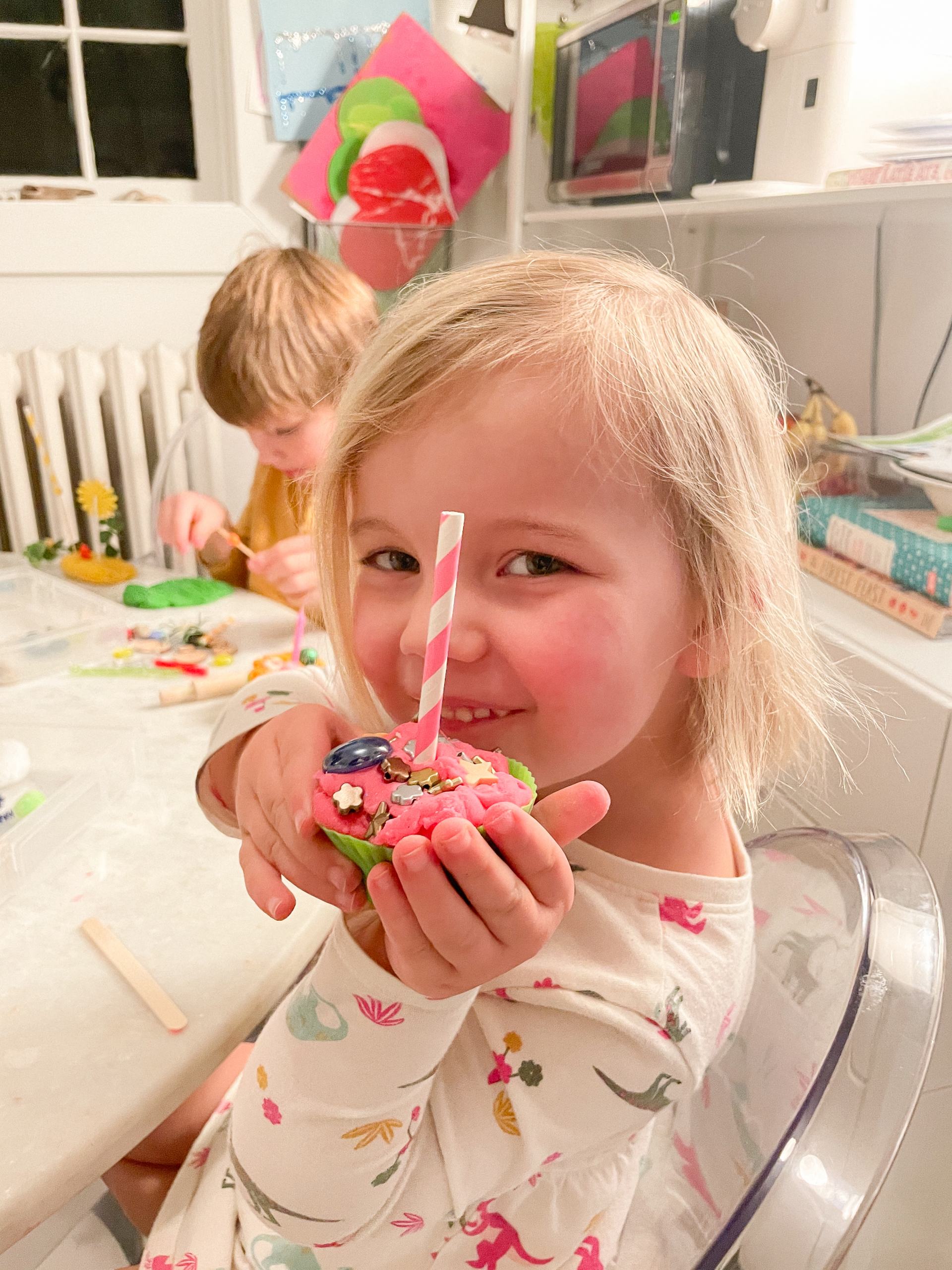 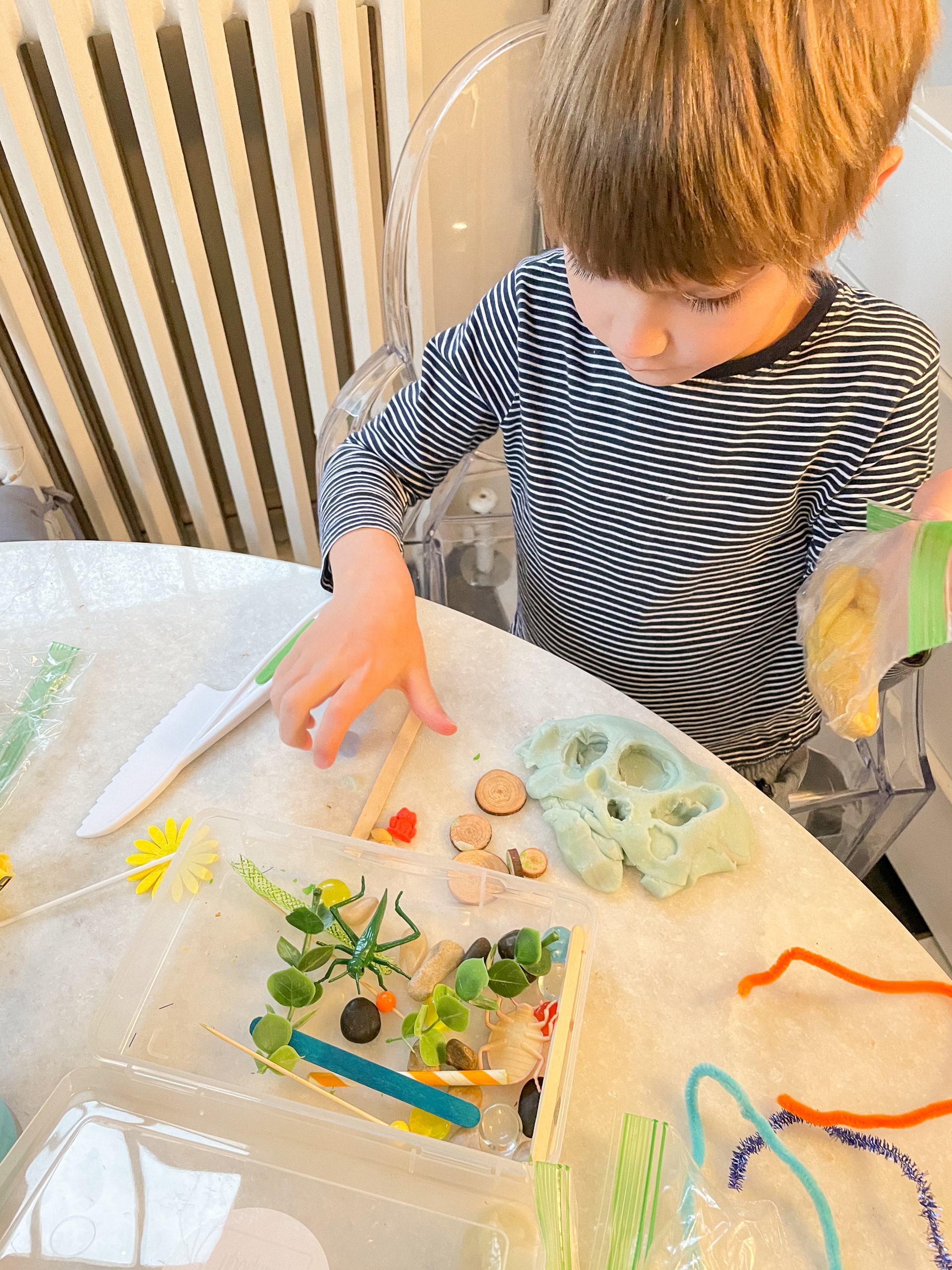 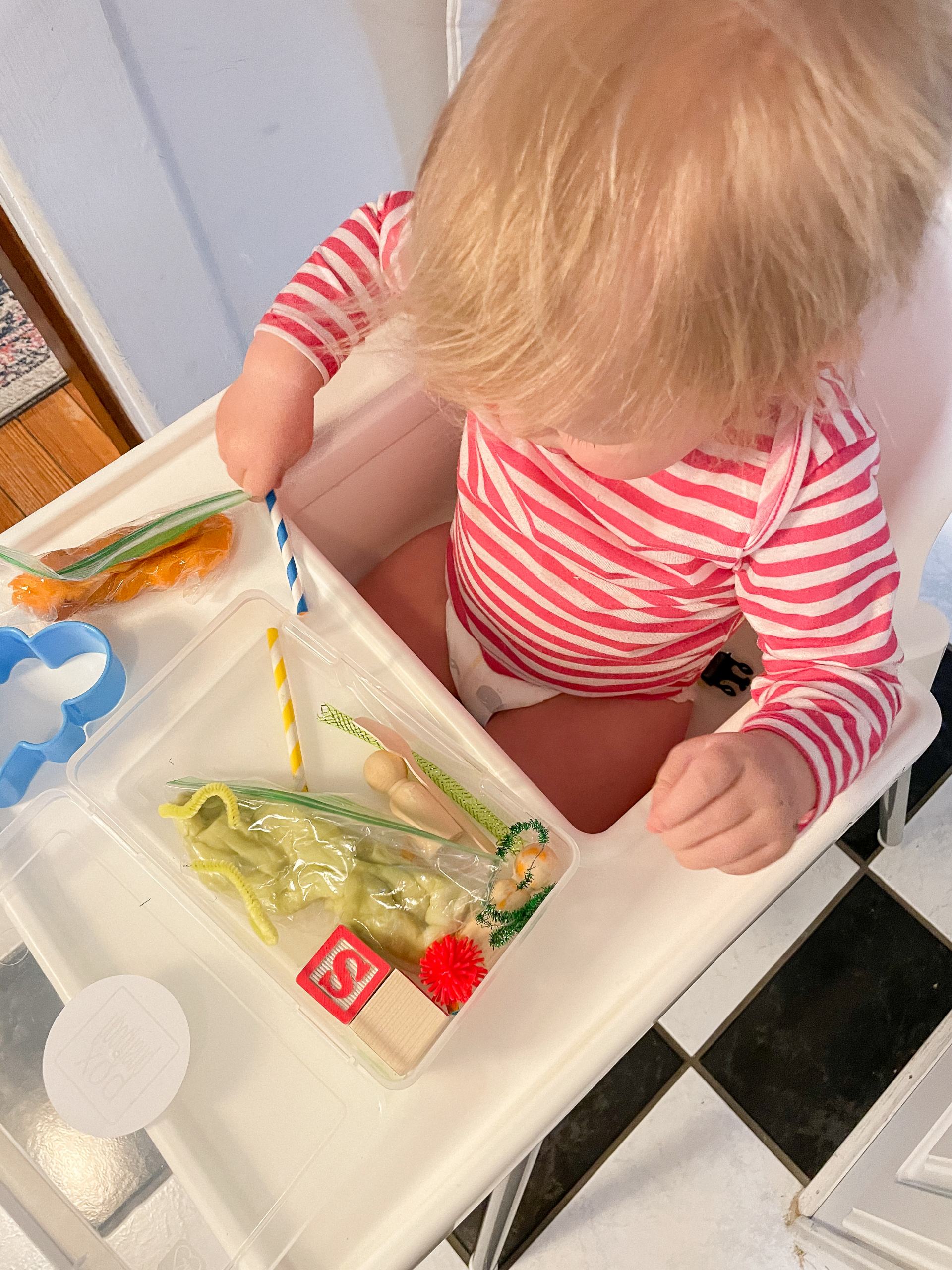 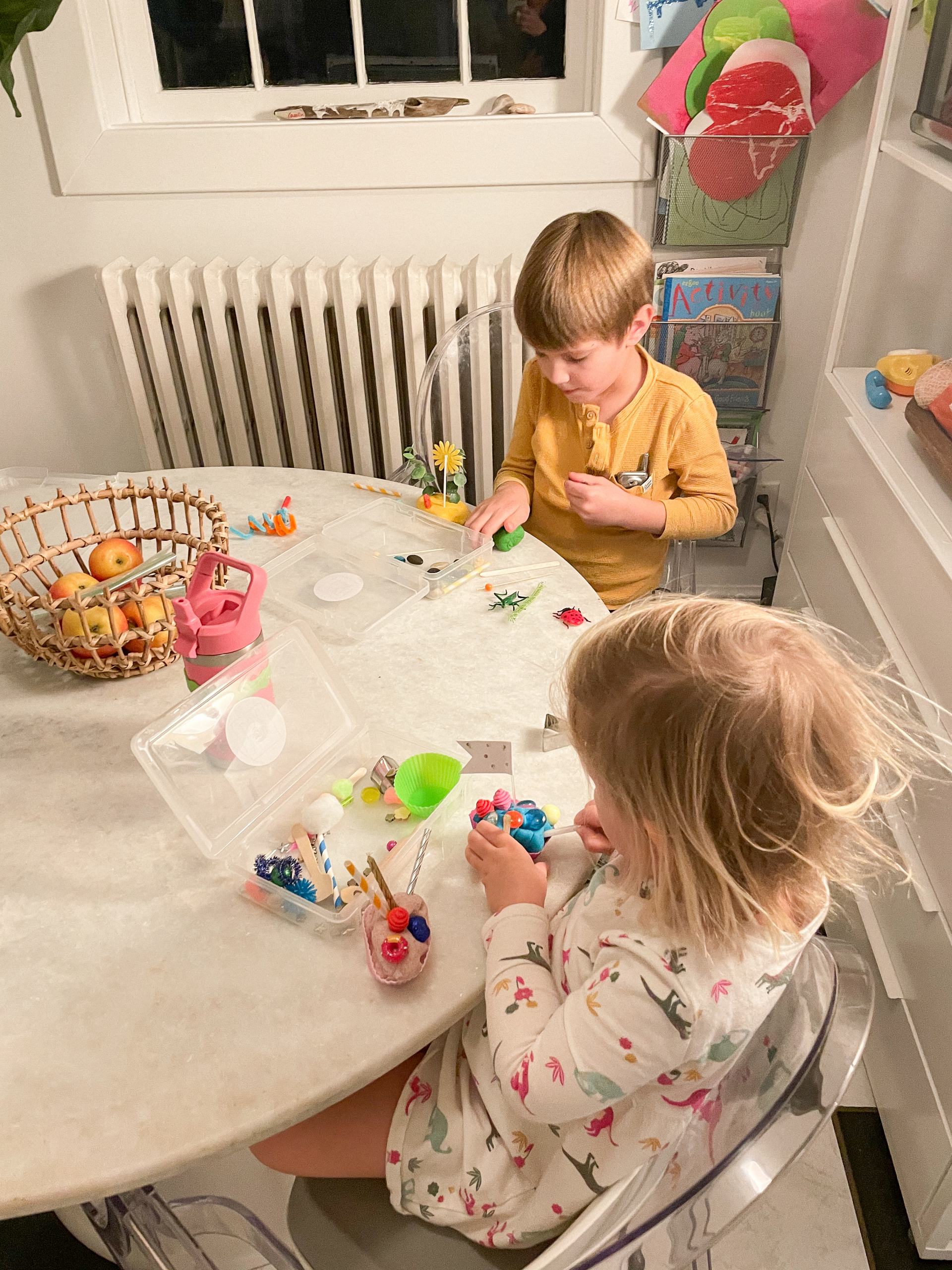 My kids were each sent a Busybody Box (an activity box business on Etsy run by a military spouse) and to say that they have loved them is an understatement.  It’s pretty tough to get Jack to focus on any one thing for more than 5 minutes but almost daily he will sit and play with his box for 30 minutes at a time.  It’s amazing!  (Not sponsored, just truly wanted to share.)  The playdough is colorful and soft and the different themed boxes are thoughtfully put together as well as adorable and engaging.  Jack has the Spring Playdough Box complete with bugs and rocks and a magnifying glass (among other things), Caroline has a baking box (no longer available but she’s been making and decorating cupcakes and having a blast while doing it), and Tate has the toddler box, that comes with all large pieces.  I honestly just give her the box keeping the playdough in a plastic baggy and she loves looking at and feeling everything and then eventually after 10 minutes everything ends up on the floor so we do it all over again.  Next up we’d love to try the Ocean Box, the Dinosaur Box or the Mini-Frozen Box.  Can’t say enough great things about Busybody Box!  The large boxes are $15 and the mini boxes are $12.  We’ve also tried our hand at making our own playdough and turns out it’s really fun and easy!  The kids enjoyed the process too, so it was a great way to spend some time one rainy afternoon.  We used this recipe from The Mama Notes. 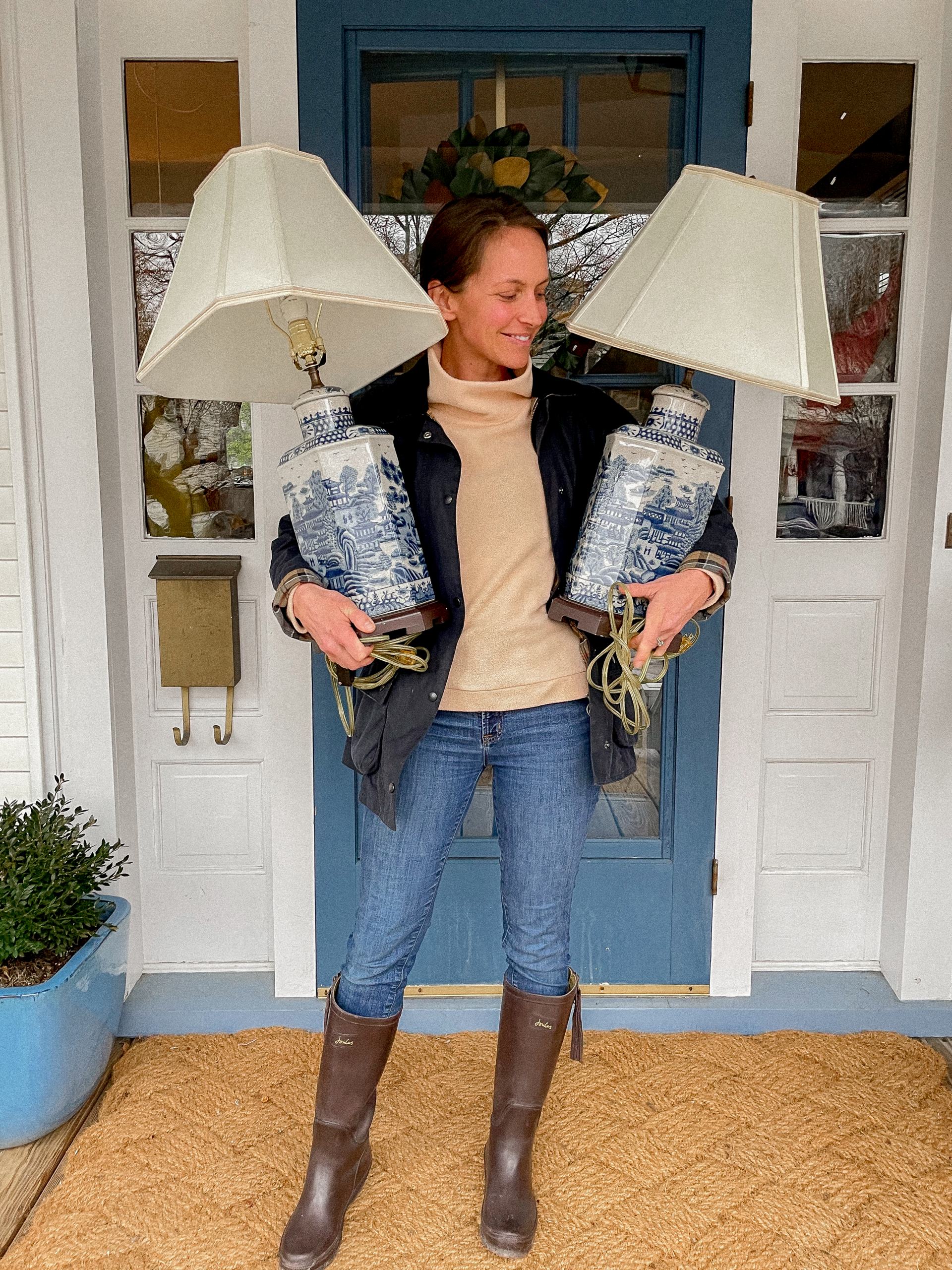 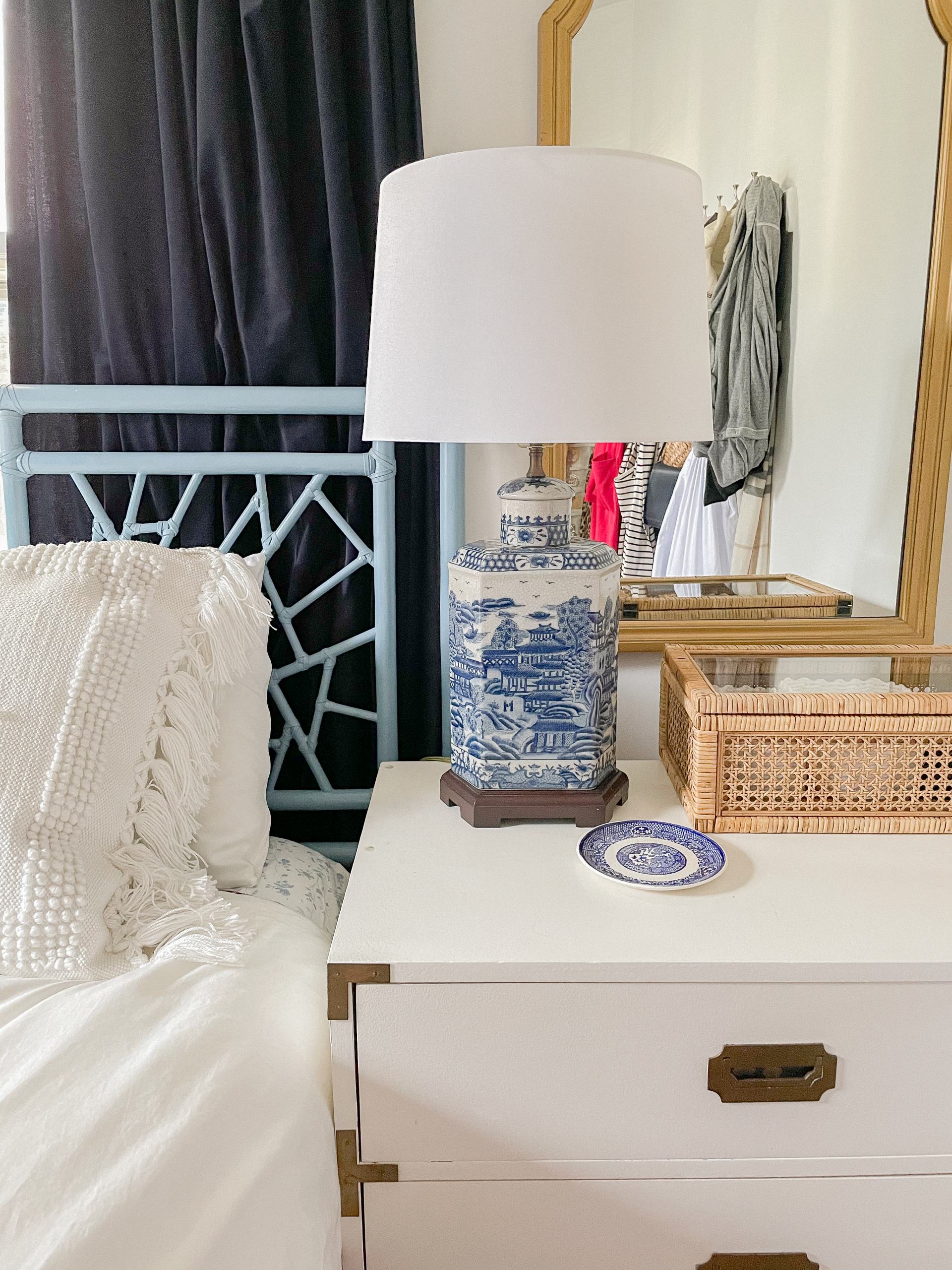 I’ve been really into perusing Facebook Marketplace lately and recently scored this pair of blue willow lamps.  They’re now living in our bedroom on our bedside tables!  I replaced the lampshades with something a little fresher and brighter white.  I’ve always been anti-LED lightbulbs up until recently but after listening to the How to Decorate podcast I learned that the ideal LED lightbulb is 2700K (it’ll say it on the back or side of the box in fine print where it shows how warm or cool the color of the light is).  It’s the perfect warm and welcoming light without being too warm and I’m glad I finally figured out the trick to getting LED lightbulbs that aren’t too harsh and unflattering.  These are the lightbulbs we use now. 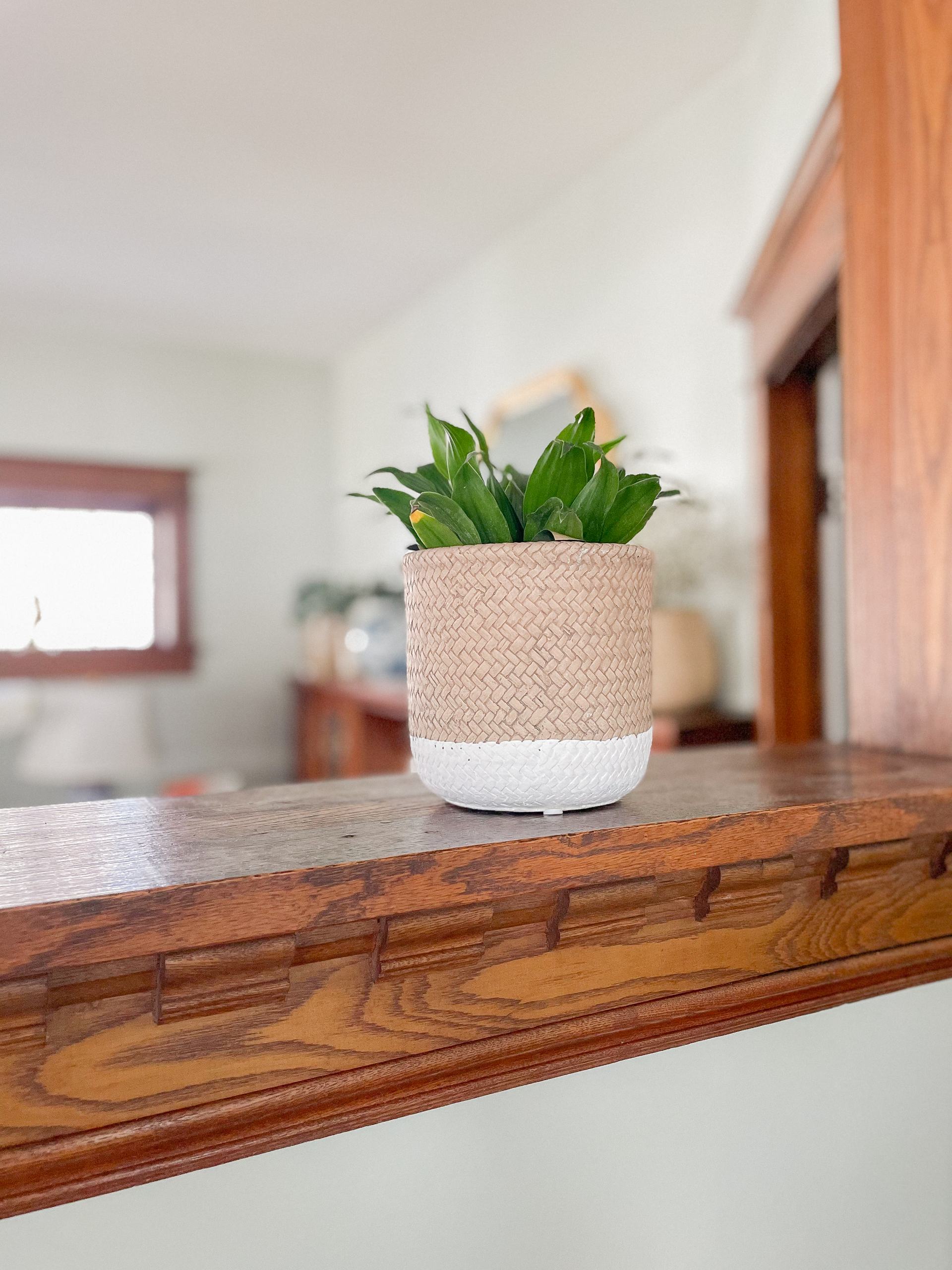 I discovered the cutest planters at the Home Depot the other day and promptly bought two of them.  They look like a basket but they’re concrete and they’re now on the two half walls we have dividing our living room and dining room.  These half walls tend to accumulate stuff and this is my way to try to break myself from this habit.  The planters are under $10!  Other planters I’m loving are these cement faux basket ones from Target (blogged about them here) and these scalloped planters (4 for $12) that are now holding herbs on the windowsill above our kitchen sink (another place that tends to accumulate junk so this is another way I’m trying to prevent this!)

I recently finished reading Where the Crawdads Sing by Delia Owens, and it was incredible.  It takes place in coastal North Carolina (sounds similar to our beloved Fripp Island, SC) and it would be a great summer read especially if you’re familiar with the lowcountry and Southeast beaches and marshes.  I just started Firefly Lane by Kristin Hannah, which was really easy to get into and looks like it’ll be a fun and quick read.

Tom traveled this past week for work and thankfully my parents were able to come up and help me wrangle the kids in his absence.  I was able to tackle some lingering projects like selling some unneeded random things on Marketplace, switching out Tate’s carseat, taking the kids to dental appointments while my parents watched the baby, and getting a filling because apparently pregnancy and nursing has sapped all of the calcium from my teeth. 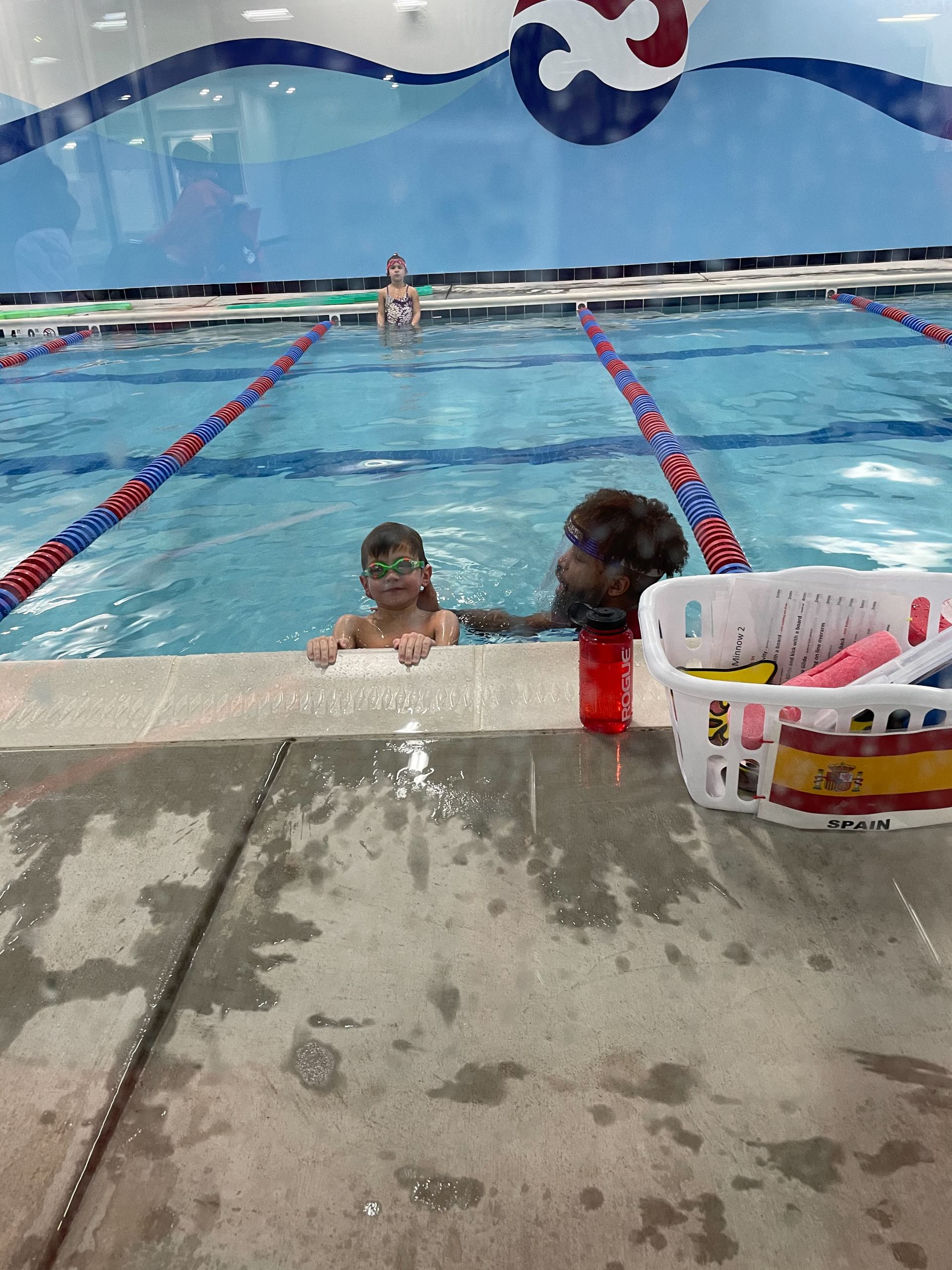 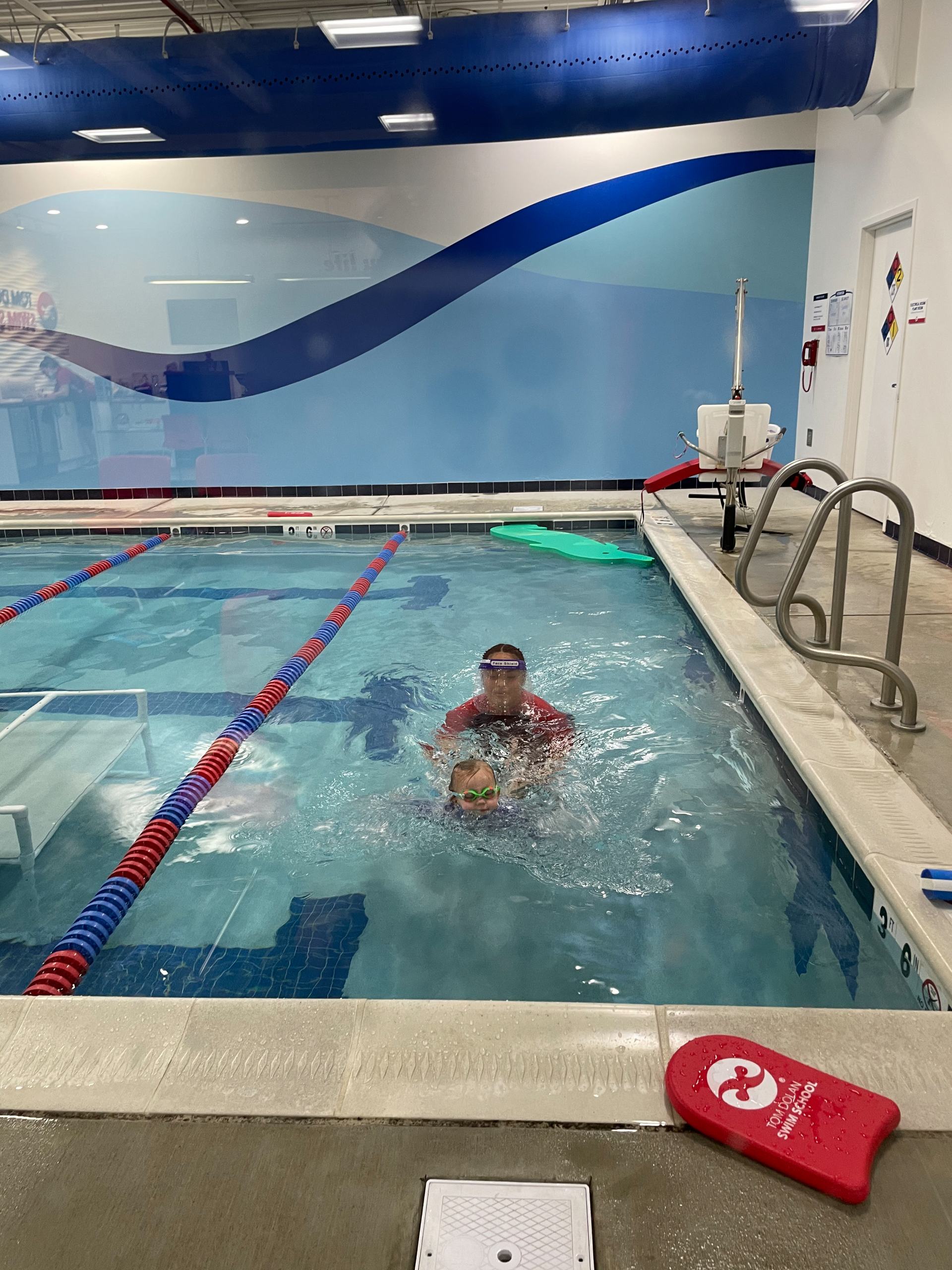 It has been so cold here and I’m really looking forward to some warmer weather.  6 years in Hawaii ruined me and my ability to tolerate cold weather!  I’ve signed the kids up for soccer and they will start that next month.  They’ve also been taking swim lessons since January and it’s been nice to see them happy and in the water again.  Caroline fought it for a while and cried hysterically the first 3 lessons but now she loves it!  Nice to see our Hawaii water babies enjoying the water again.  Jack is now working on his strokes and it’s been fun to see him progress.  Tate took 2 months of lessons and she cried and was terrified the first few lessons but started to enjoy it by the 3rd or 4th lesson.  The lessons for her age seemed to never really change (and I had to be in the water with her) and while we enjoyed it I think we accomplished what we needed to and she’s now comfortable in the water, just in time for the warmer weather. 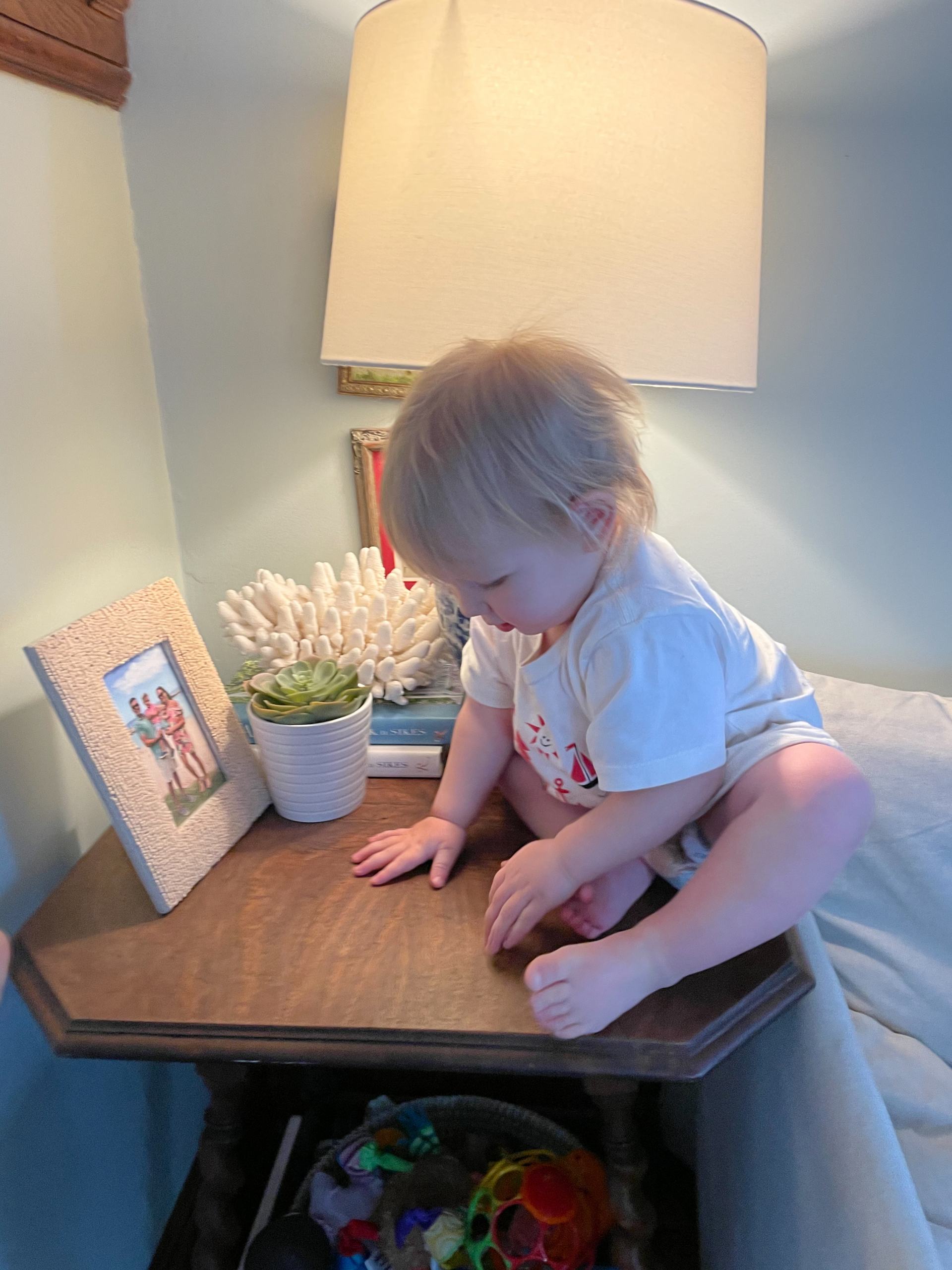 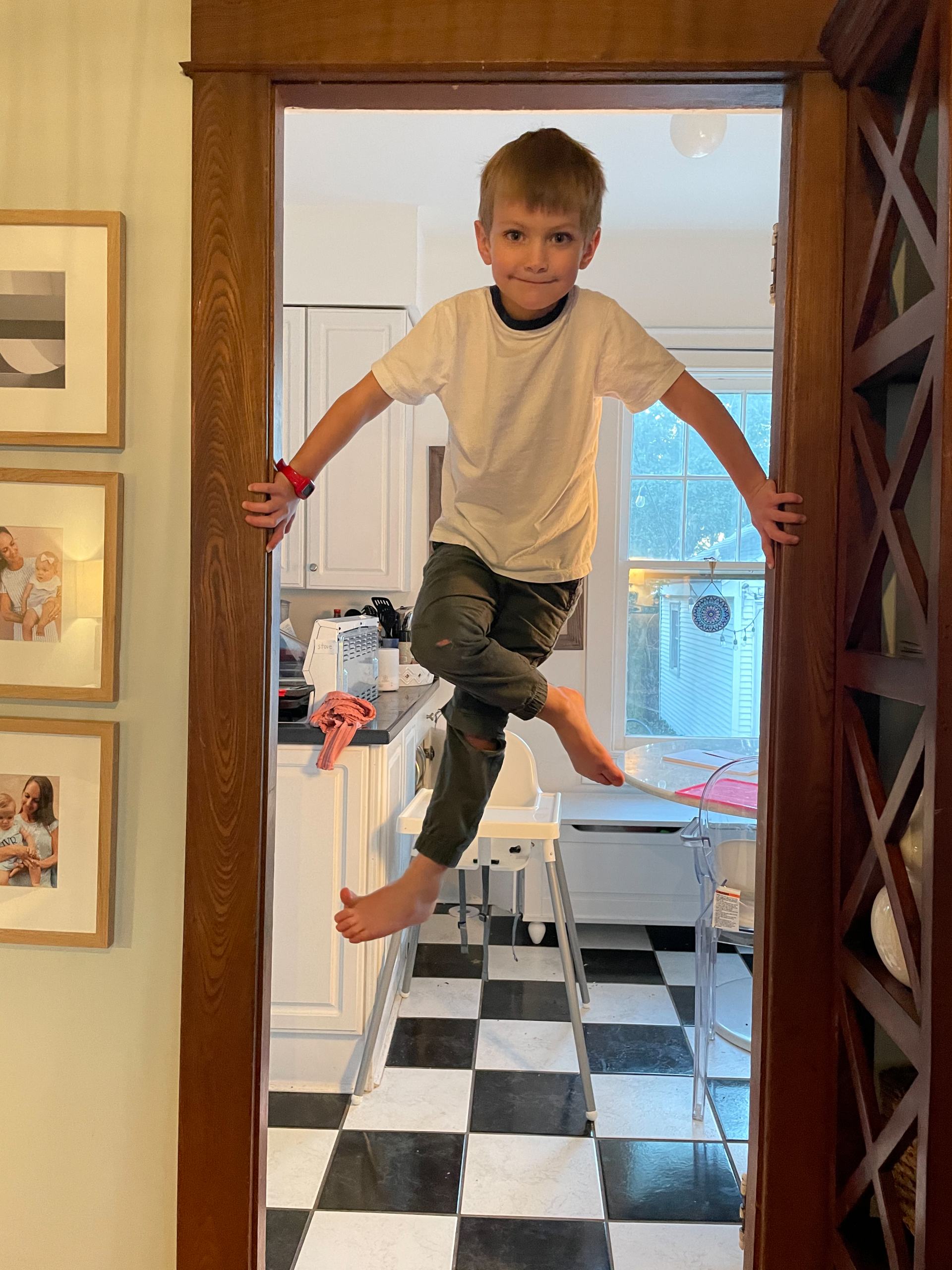 Tate officially quit all crawling on Valentine’s day and now she’s a full blown walker!  She tries to run and keep up with her siblings but sometimes that ends in some wipeouts.  She’s really coming into her own now though which is fun to see.  She also learned to crawl onto the sofa and I found her on the side table the other day.  Yikes.  Jack now likes to climb the door frames for fun, something I also did as a child, and he’s gotten to be quite good at it, even perfecting the 5 year old version of the Iron Cross gymnastics move. 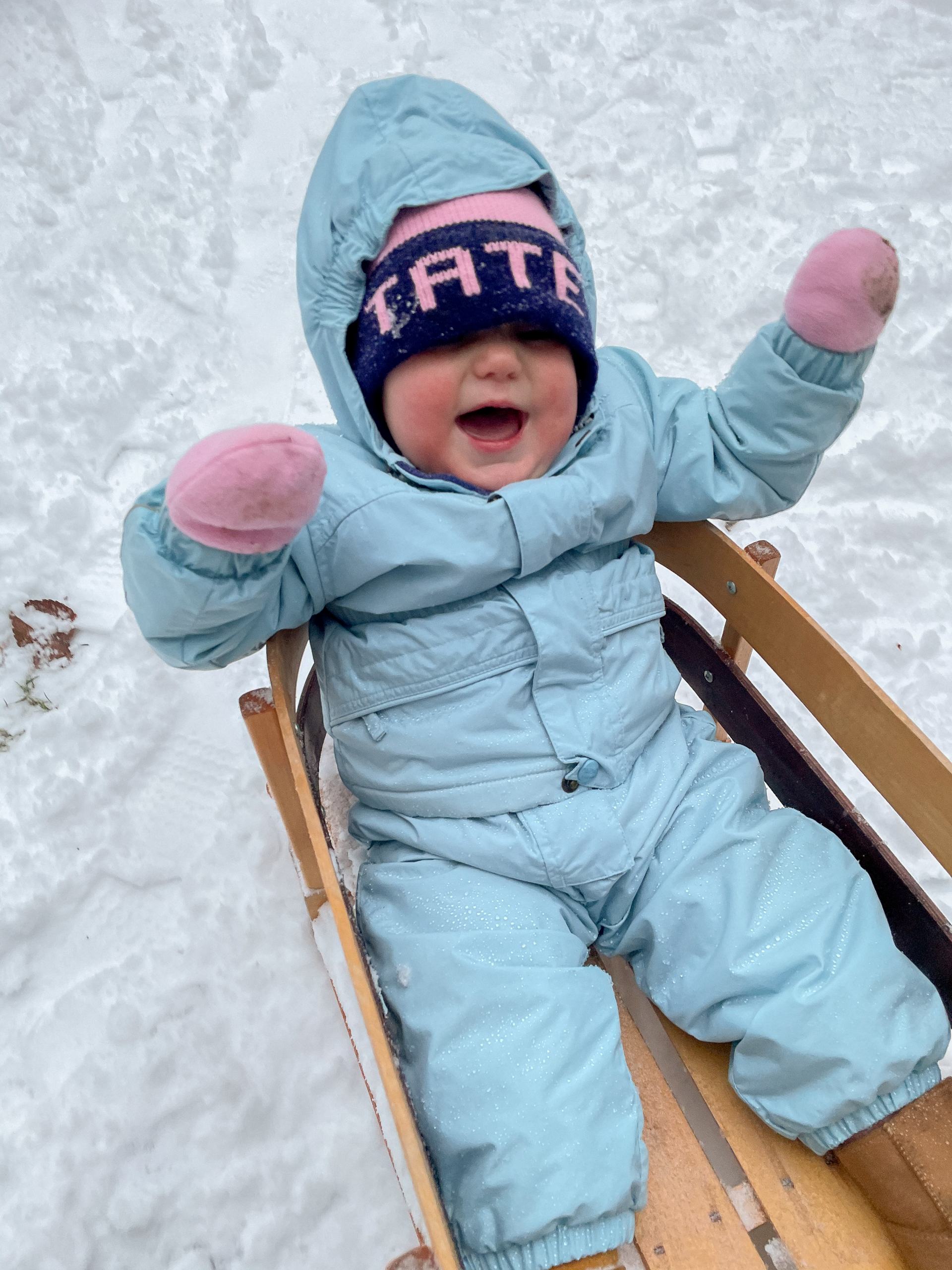 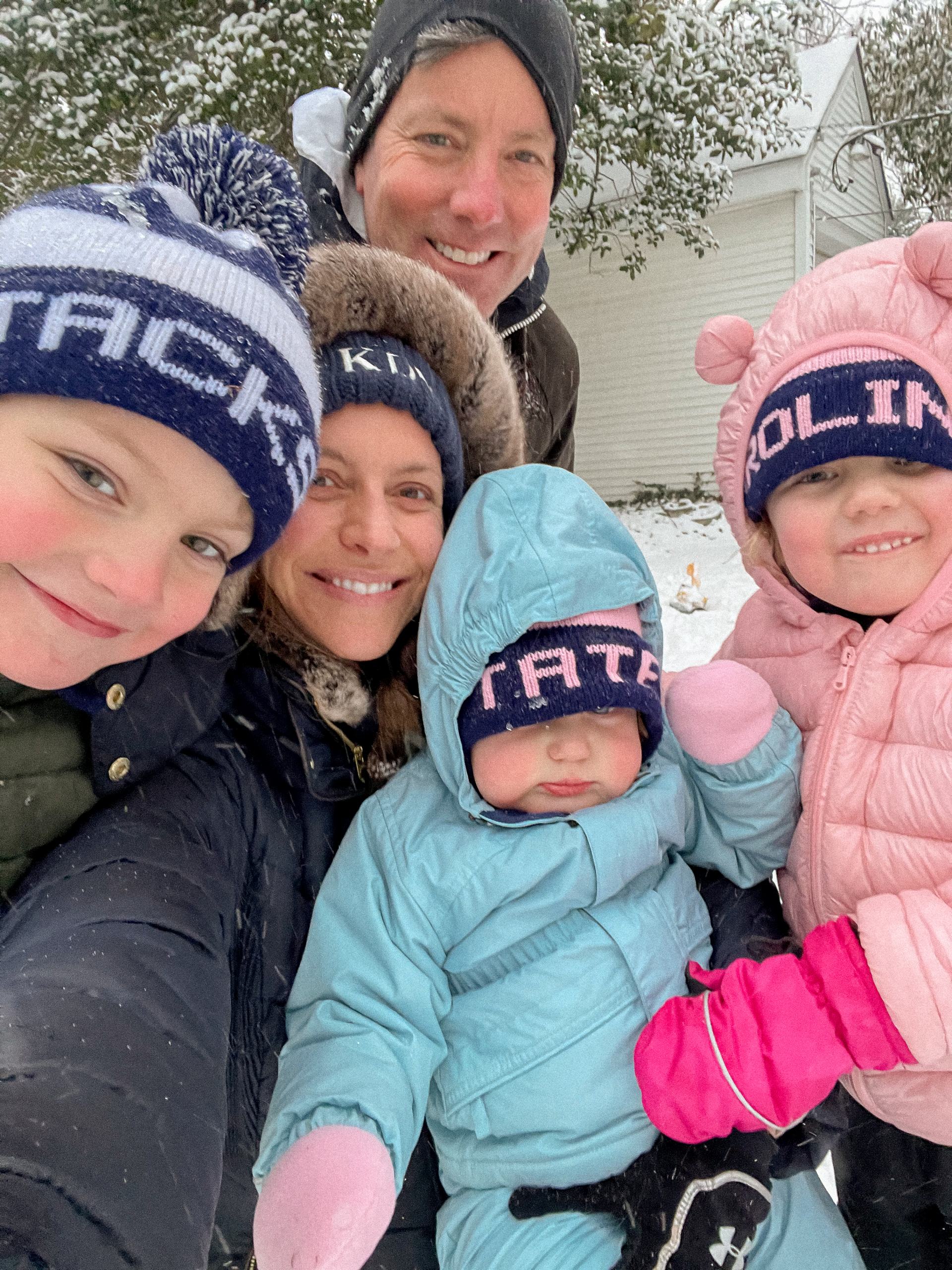 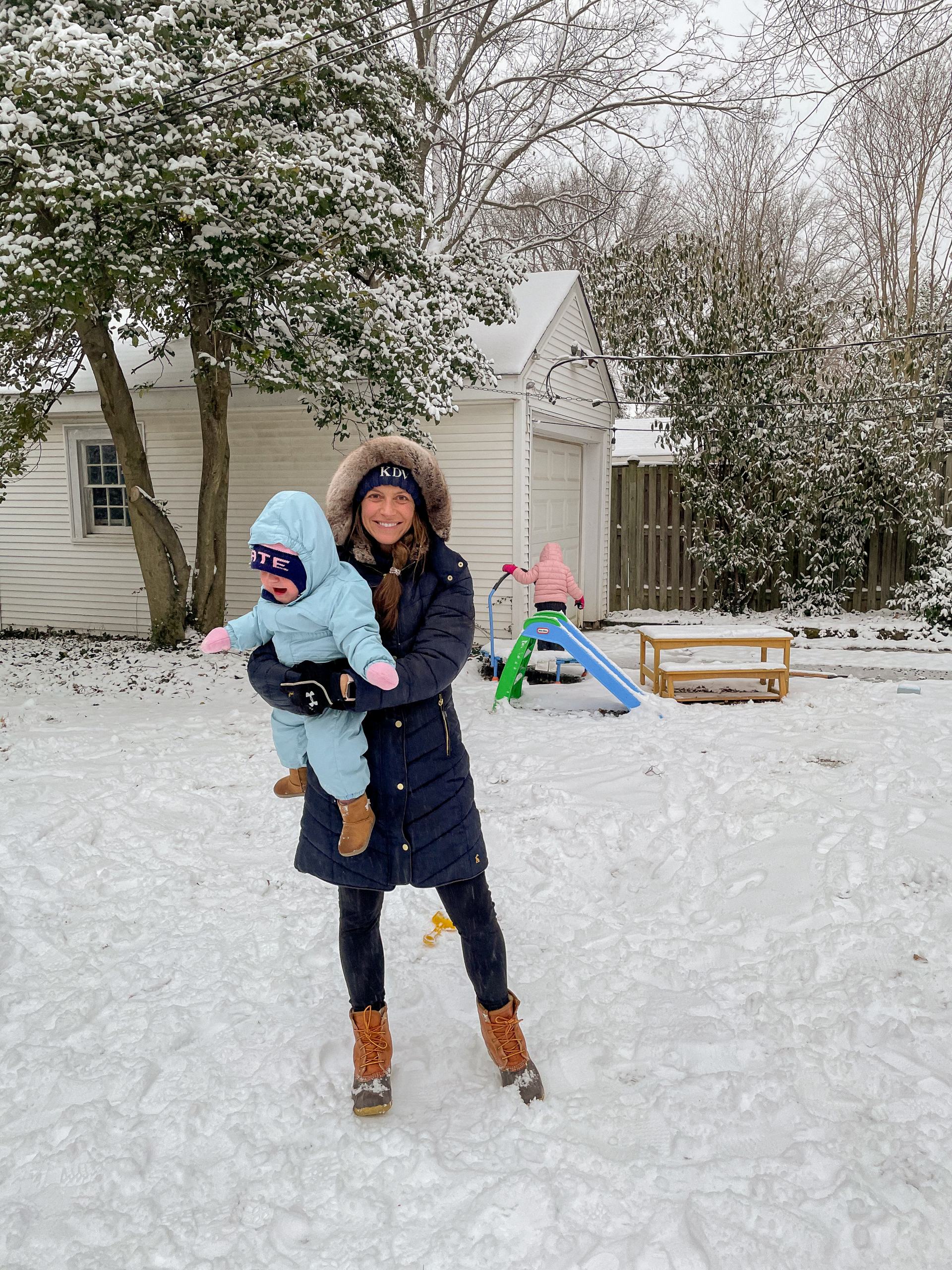 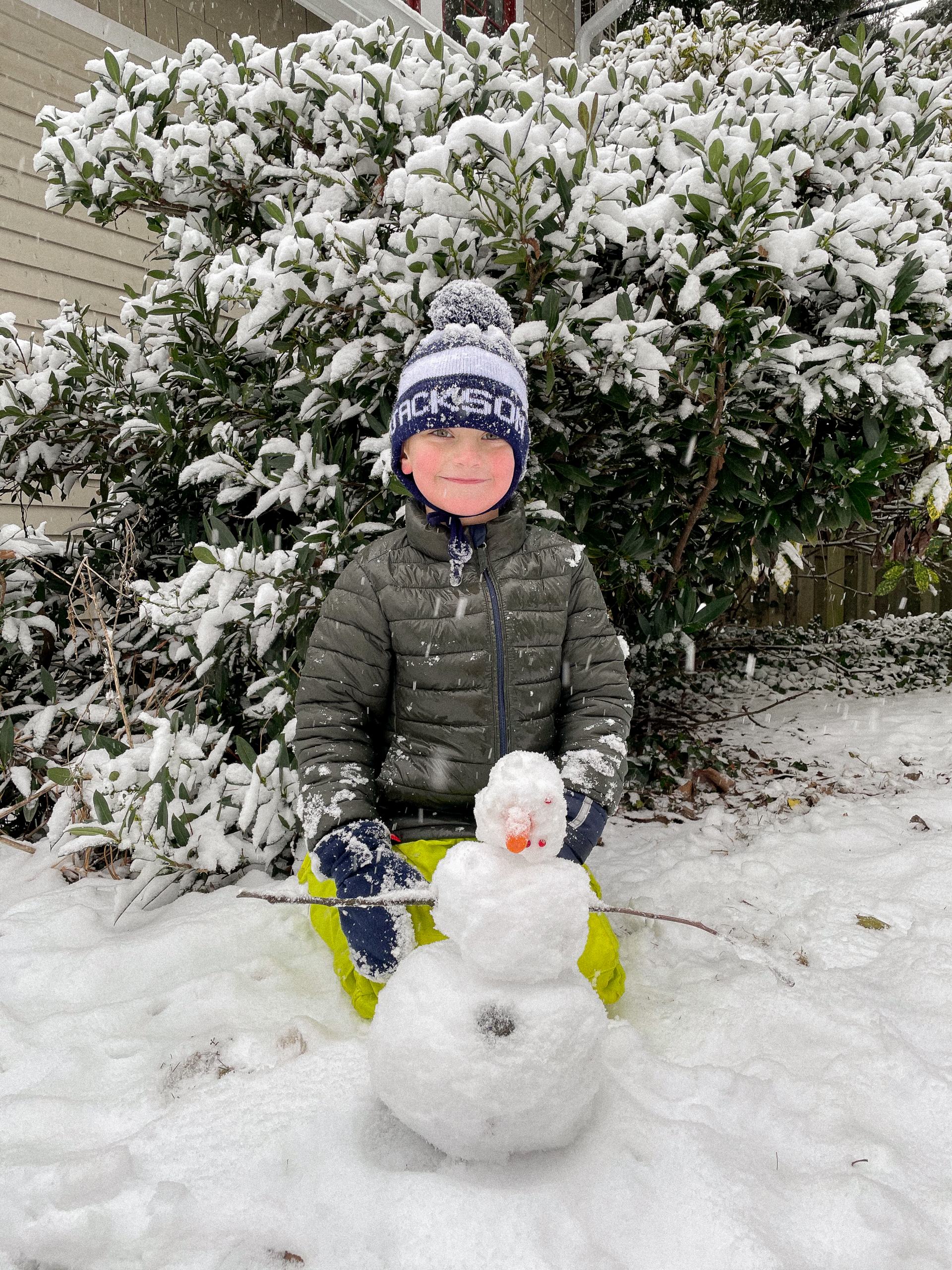 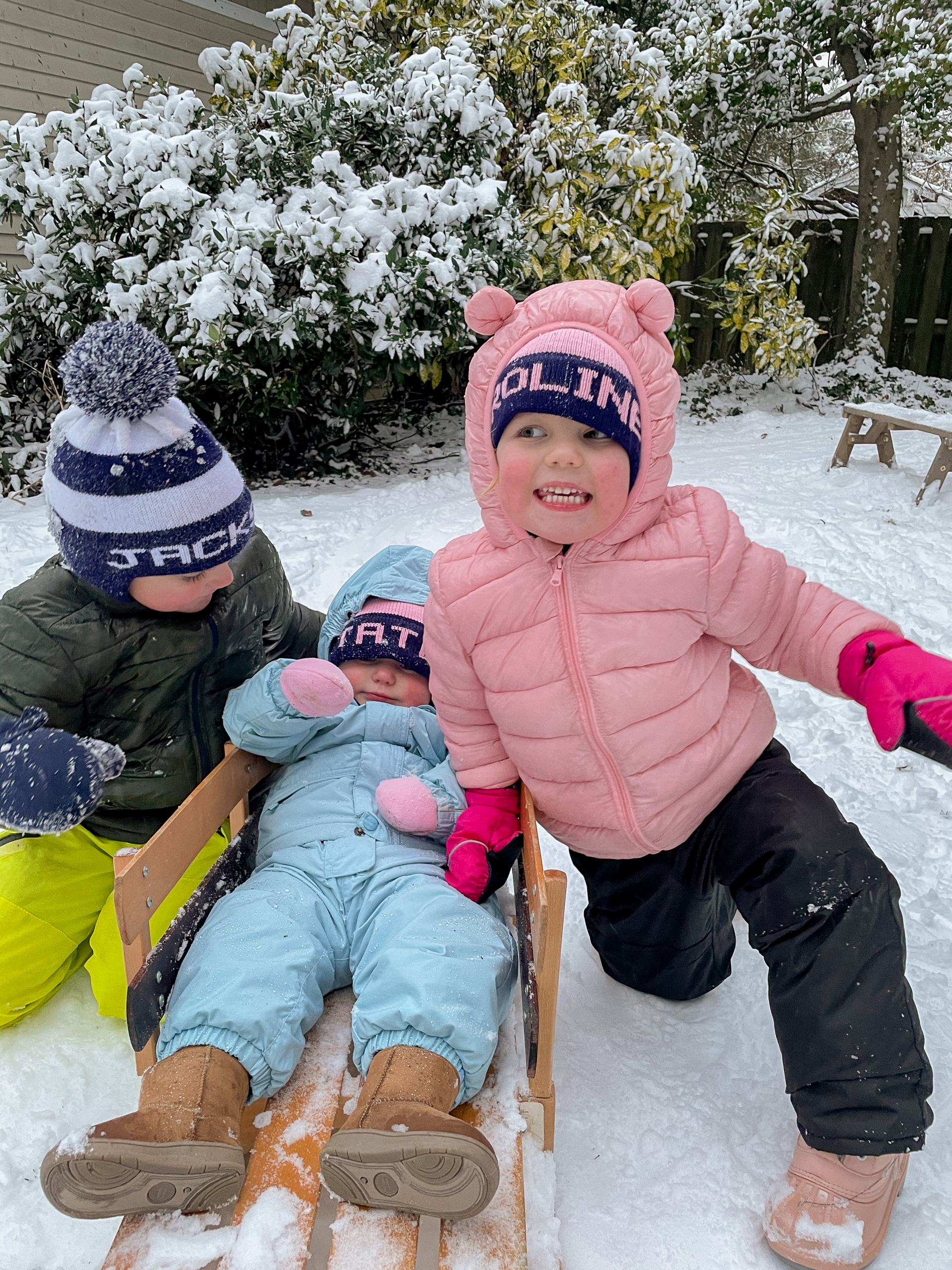 We had a good bit of snow in February and the kids had a blast playing in it for the first time.  We made a little snowman, I pulled them around on the sled and we went on some nice snowy walks in the neighborhood.  Tate wasn’t sure what to think but she did enjoy riding on the little toddler sled we have! 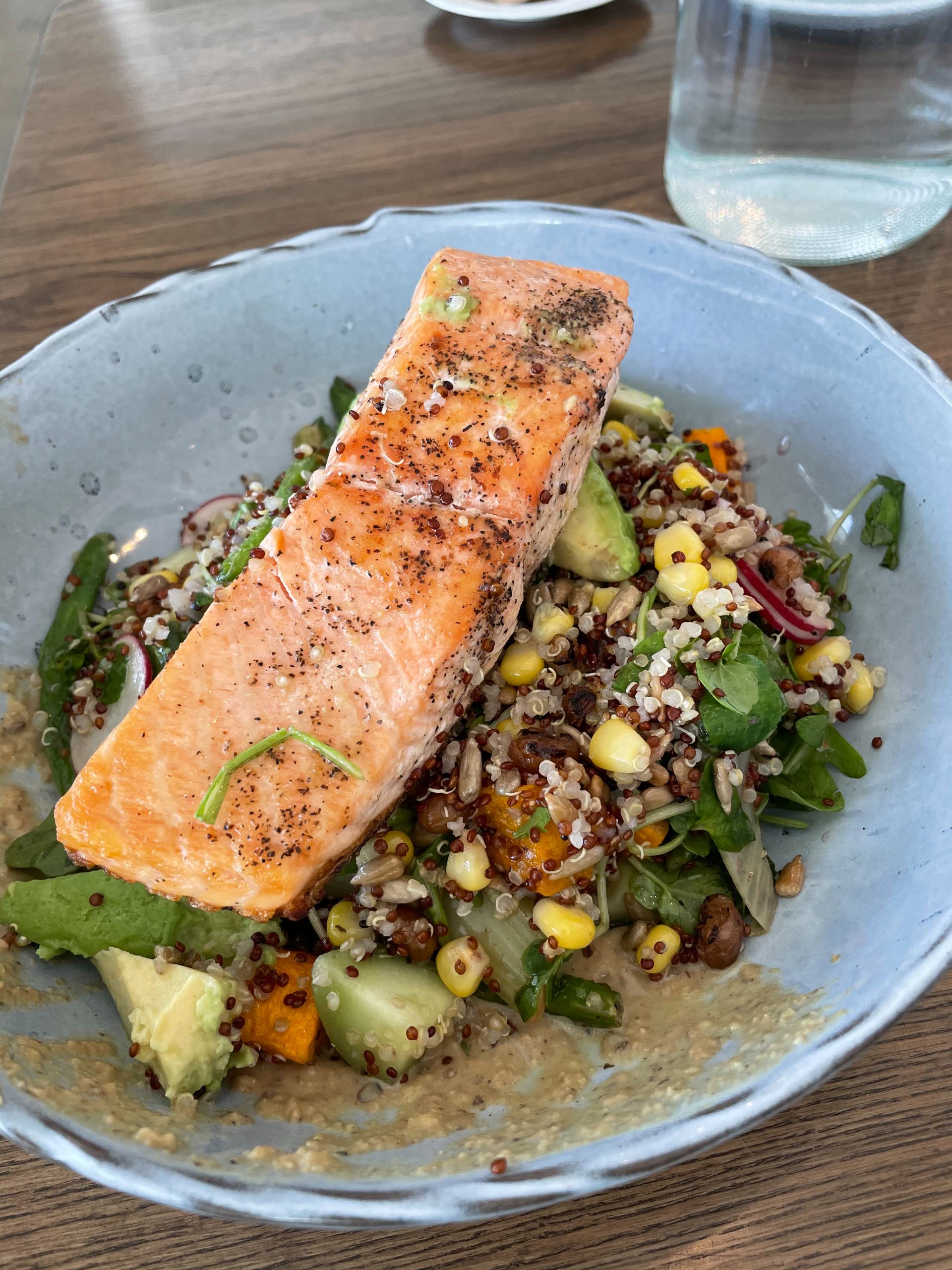 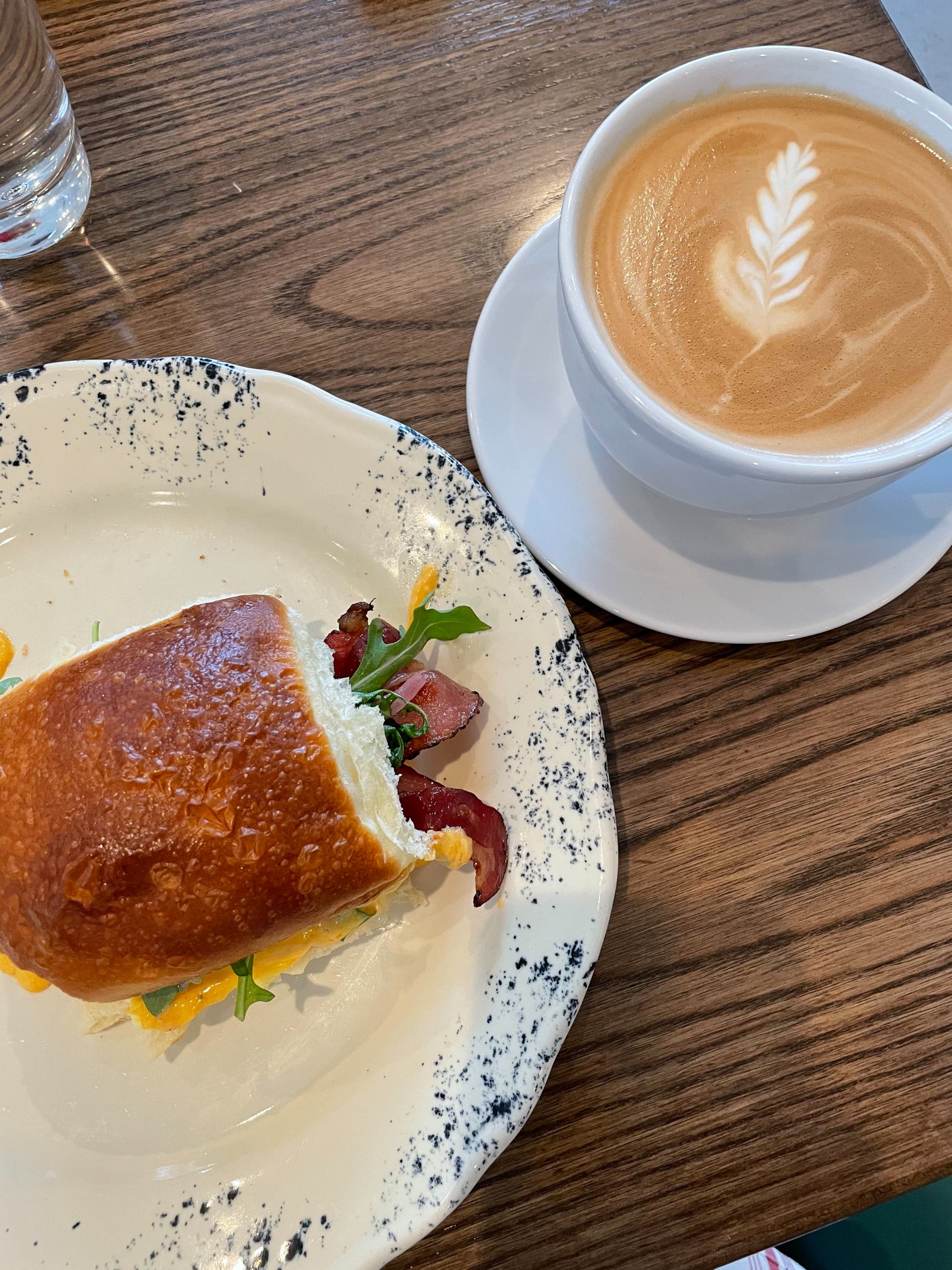 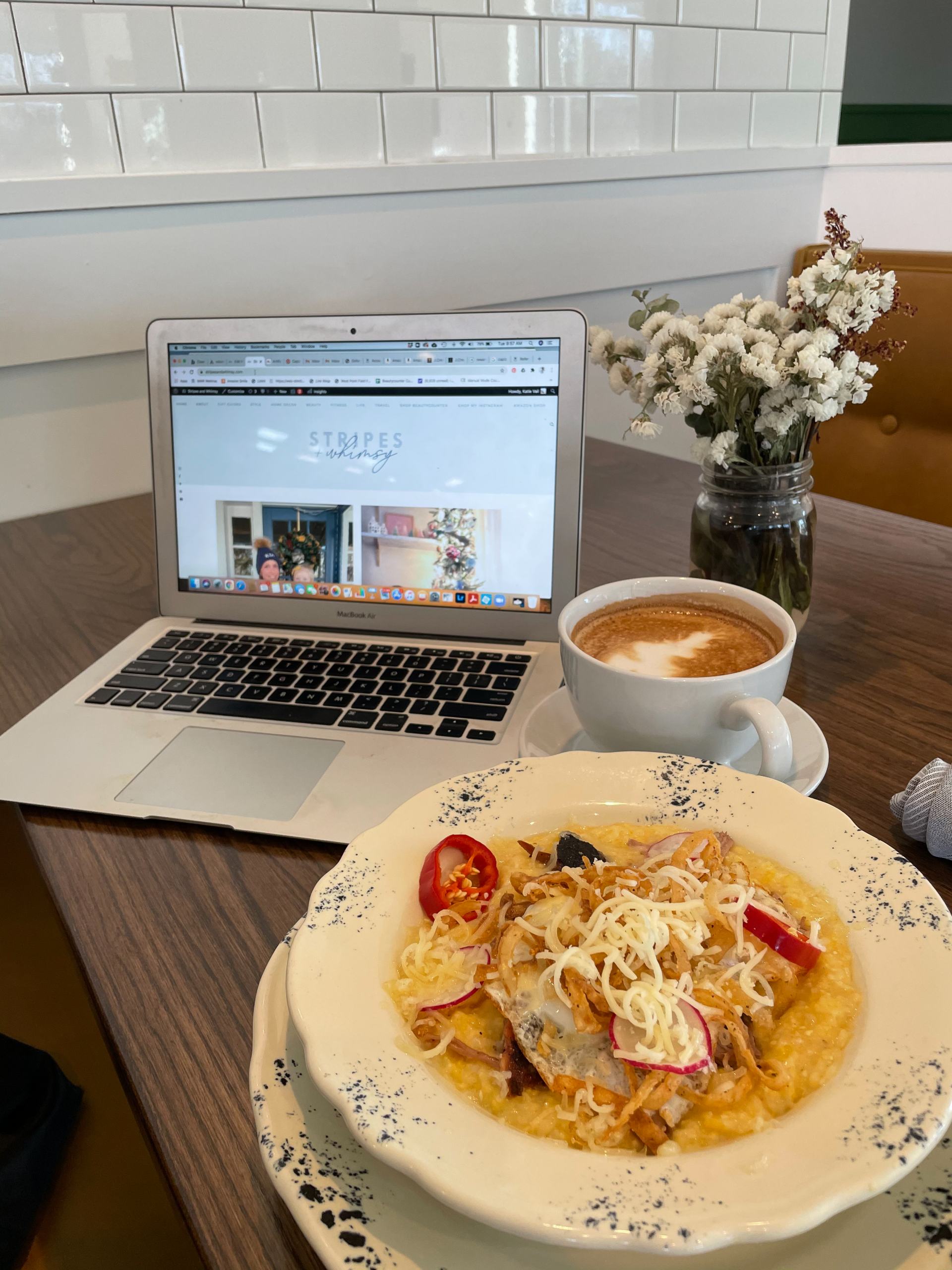 When the big kids are at school in the morning I normally come home and put Tate down for a nap and work on my computer for a bit or try to get things done around the house.  On the weeks that Tom works from home I’ve had a little more flexibility so sometimes I’ll put Tate down for a nap before I leave and then will work at Ruthie’s All Day while drinking a latte or eating a late breakfast.  If you’re in Arlington it’s the cutest new restaurant and they have absolutely incredible food.  It’s virtually empty in the morning so that’s a great time to visit, and they have a nice patio that will be great to use once it’s a little warmer.  Their lunch food is delicious too, and I’ve heard dinner is great but I haven’t tried it yet.  For breakfast I love the RAD bowl, the PSB sandwich, and the apple pie pancakes.  For lunch the grain bowl is the best salad I’ve ever had in my life and I like to add salmon to it.  Just wanted to share in case anyone is local and is looking for a great new place to eat. 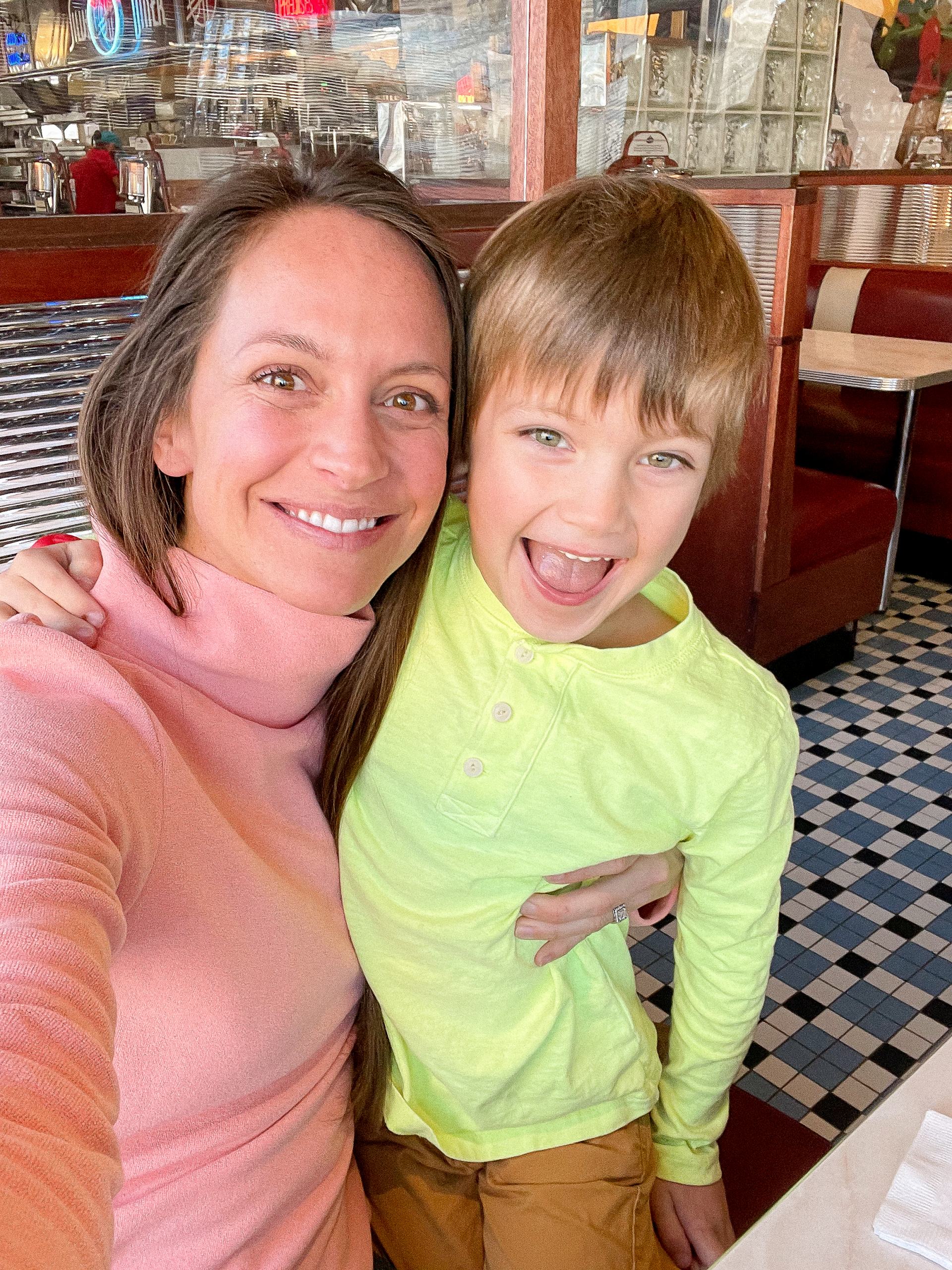 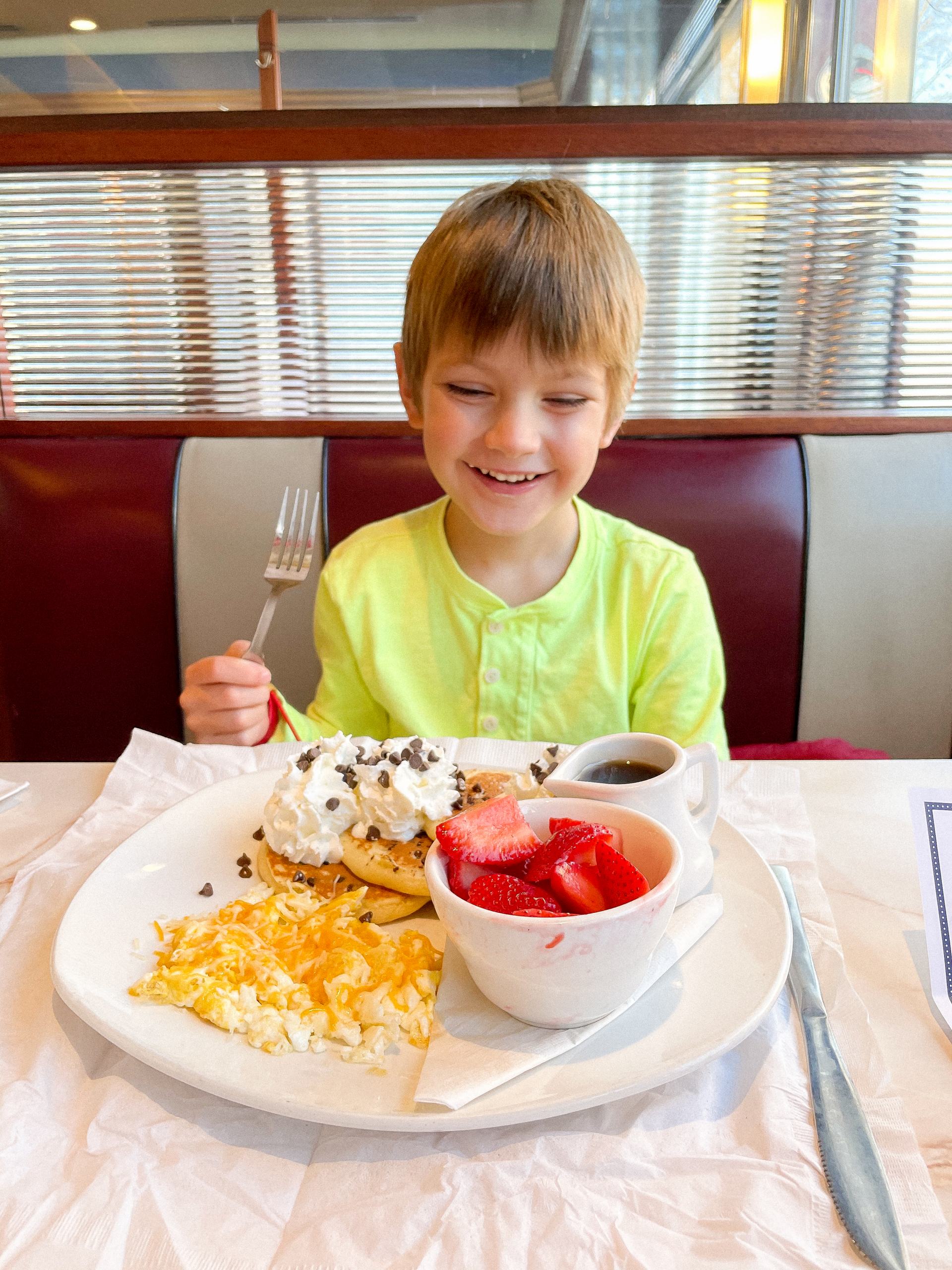 Jack and I had a breakfast date this past week and it was exactly what we needed.  He has never been an easy child but lately we’ve really been struggling with behavior and attitude and it’s probably because he’s sharing attention with his two little sisters.  I felt like we really needed some one on one time and we went to a local diner for an early breakfast and we had such a great time.  He got chocolate chip pancakes and loved playing with the jukebox at the table.  It was nice to just chat with him about random things he’s interested in and he said “this is the best day ever” and it absolutely melted my heart and made me realize that carving out one on one time with the kids is so important.  We need to do this more often!

That’s it for now!  Thanks for reading if you made it all this way 🙂