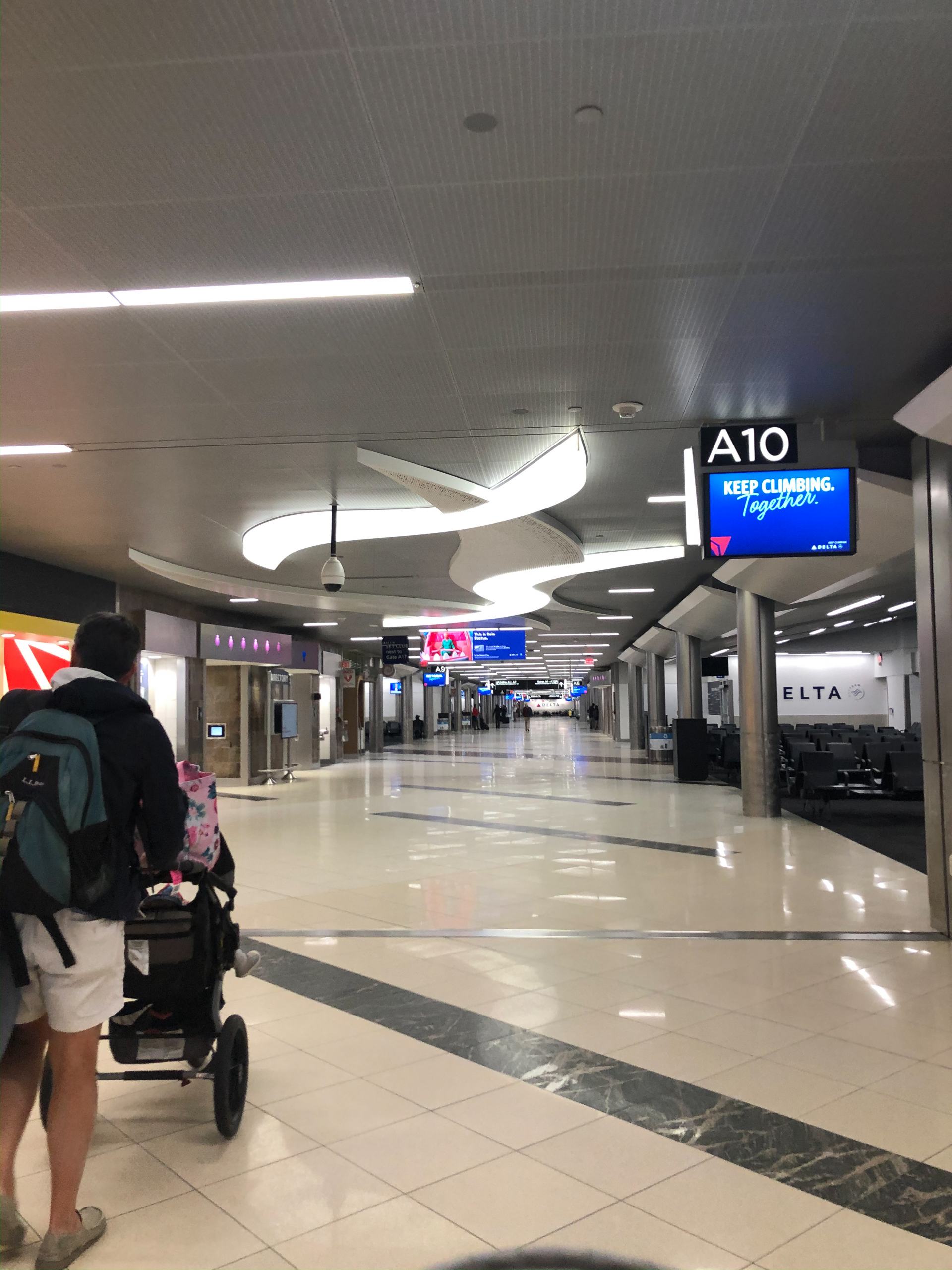 While the world is under the grips of the Coronavirus most of the globe has hunkered down to help flatten the curve and stop the spread of this deadly disease.  Things like previously scheduled moves are still happening though, and as most of you know we recently moved from Hawaii to South Carolina (temporarily) and will move up to the DC area next month.  Having to fly while a worldwide pandemic was going on was incredibly stressful and wasn’t ideal, and having children who don’t understand (and touch everything) made it even more so.  I’ve received a number of requests to share our experience with flying as people prepare for their own flights during this time, so here are my tips that we used at the beginning of April when we flew from Hawaii to LA to Atlanta to Charleston just as COVID-19 was starting to become a serious reality in America. 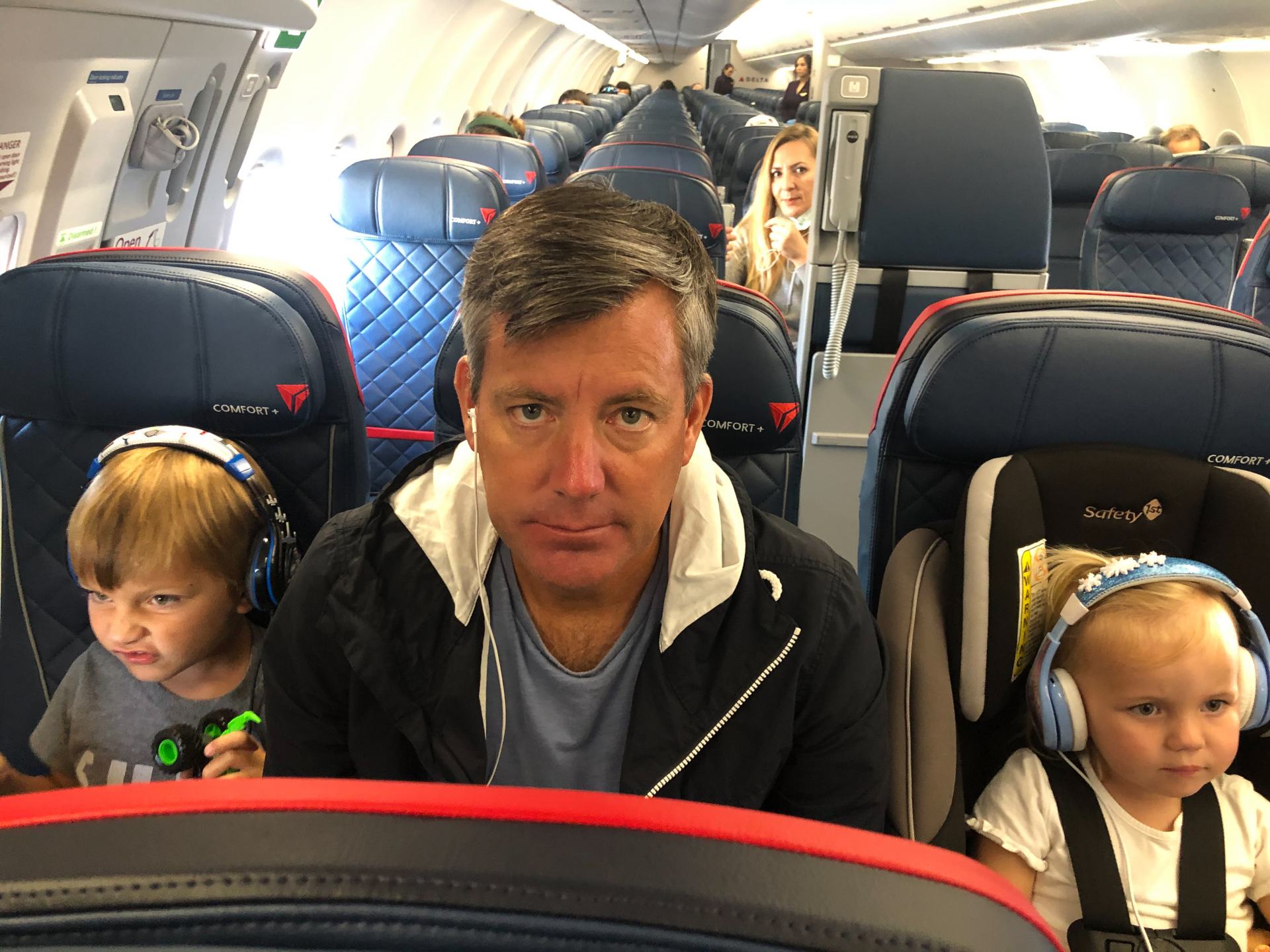 Honestly, there are so few people traveling right now that people are pretty easy to avoid, especially in the airport.  And the airlines are doing an incredible job of cleaning things and separating people on the planes.  The airports and terminals were cleaner than I’ve ever seen them.  We didn’t wear masks because we did not have them at the beginning of April and they weren’t available at the time like they are now, but I believe that most airlines have made them a requirement, which is a good thing.

Tips for Flying during a Pandemic

– Be flexible.  Our flights changed a number of times in the days before our trip.  It made things more difficult but we knew that it was out of our control.  Things may be more predictable now that it has been going on a while, but be prepared for changes to your itinerary.

– Bring hand sanitizer with you and use it often when you can’t wash your hands.  Wash hands frequently when you have access to water and soap.

– Pack Clorox or disinfecting wipes in a plastic gallon baggie and pull them out to wipe down things after going through security.  Also wipe down seats, tray tables, etc. when you get on the plane.  Wipe down seats and tables in terminals as well.

– If you have children and if they’re young enough definitely bring a stroller through security and make them ride in it when you’re getting from point A to point B.  We even kept Jack (our 4.5 year old) in a stroller to keep them all from touching things.  We have the Uppababy Vista, which Tate and Caroline rode in and Jack rode in the single BOB.

– Bring tablets for the kids and throw screen time rules out the window.  We have these Fire HD kids tablets and they are amazing.

– Bring snacks and water (or your beverage of choice) on the plane.  The food service is limited to decrease the amount of exposure to others, and all Delta was serving was a small bag holding a small bottle of water, a bag of Cheez-its and Biscoff cookies.  I’m glad we had lots of food and had filled up our water bottles prior to getting onto the plane.

– If you can, gain access to one of the airline clubs.  (Especially if you have a layover and lots of time to kill like we did.)  We can get into the Delta clubs for free with our Delta AmEx credit cards and they were really empty and we were more comfortable with letting the kids run around in them than if we’d let them try to get energy out in the terminal.  They aren’t serving food other than pre-packaged snacks like Cheez-its and Biscoff cookies, but it’s a much easier place to relax than in the regular terminals, especially with the state of the world right now.

– If you happen to have time to kill in the Atlanta airport and want your kids to get some extra energy out, go down to where the plane train is and walk the entire length of the airport.  We did that on our second 4 hour layover and it was really great for the kids to move their bodies.  It was pretty empty down there which was nice.

– If you’re checking car seats make sure they’re in a bag to avoid hands touching the actual seat.

– Bring a carseat for children that you know won’t sit still on the plane otherwise.  Caroline sat in one because we know she would need to be strapped in to respect the fact that she couldn’t get out and touch things.

– If you have a child that sometimes has accidents just make them wear a pull-up for the entire trip.  We did this for Jack just in case, and I’m so glad we did because he decided he had to pee really badly when we were in a cab on the way to the airport and when we were taking off on one of the flights.  He didn’t exactly like having to go in the pull-up, but it was better than the alternative since we couldn’t get to a bathroom at the time.

– Wipe all bags down with Clorox wipes once you pick them up at baggage claim.

– Shower and wash clothes immediately when you get to your final destination. 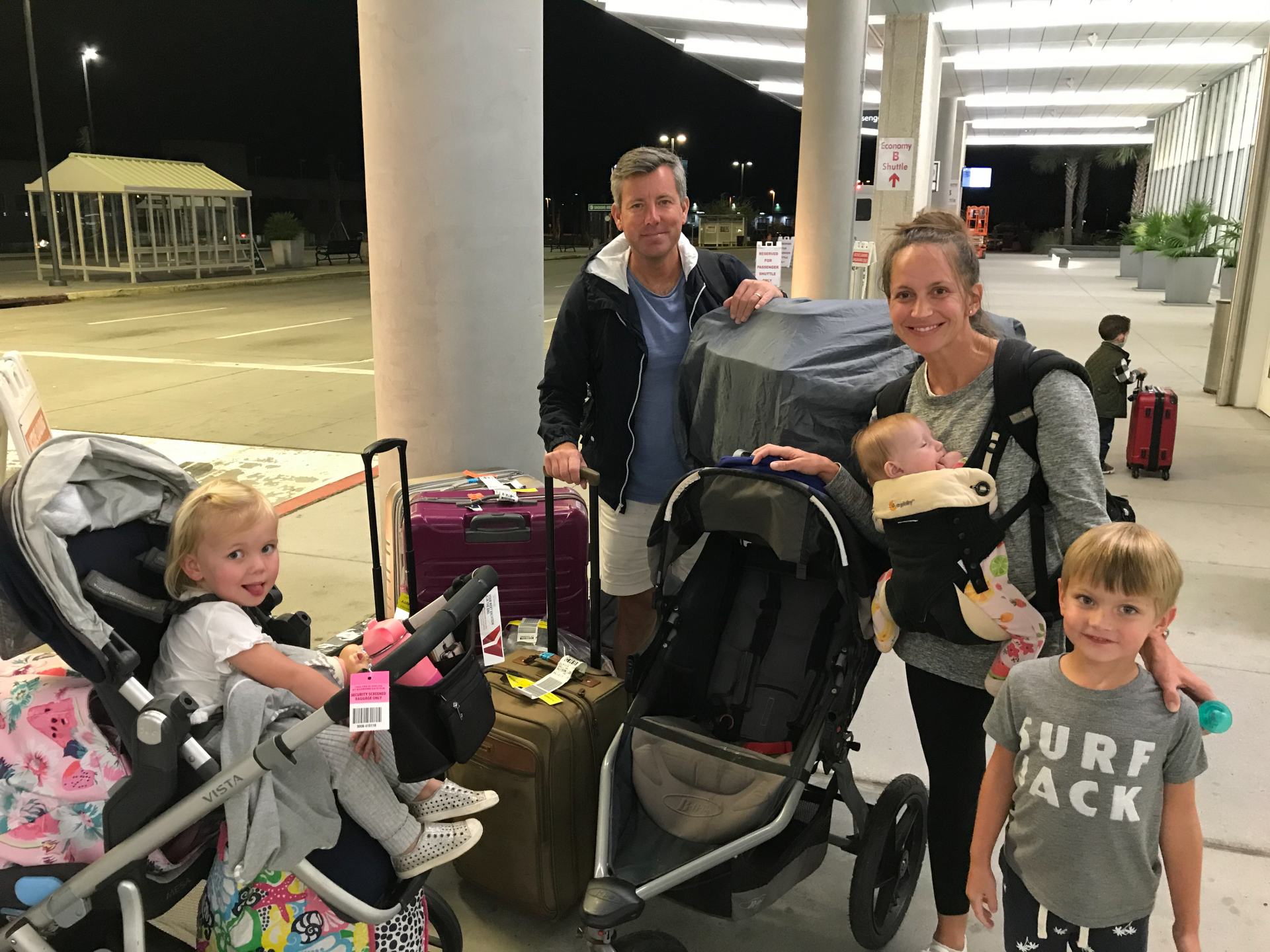 Welcome to Stripes & Whimsy! While serving as an Active Duty Army Captain at the Pentagon in 2013, I decided to start my blog Life with a Dash of Whimsy as a creative outlet. I think that life is best lived when you add a little dash of whimsy to everything. Thanks for stopping by!