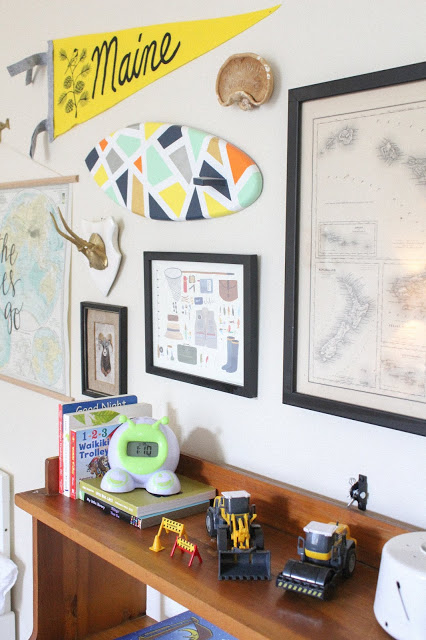 Jack has been a great sleeper from the very beginning, but after our 2-month-long summer trip to the East Coast his sleeping habits never quite recovered.  For weeks he woke up before 5AM and it didn’t matter what time we put him to bed.  (Bedtime is 7PM but we experimented with later and earlier bedtimes and nothing helped.)  We seriously tried everything.  I had heard about OK to Wake Clocks but wasn’t sure if it would work for Jack.  He just turned 3 in November and has a speech delay and sometimes stuff goes over his head when you try to explain things to him, but I figured it was worth a shot. After over 2 months of super early mornings I was desperate and finally broke down and bought one.  And oh my goodness, that thing has been an answer to prayer!
If you aren’t familiar, these clocks are designed so that the parent sets the time that the child can wake/leave their rooms and once it reaches that time a green light turns on.  It doesn’t make a noise so it won’t disturb them if they happen to still be sleeping, but if they are awake they will know that it’s finally late enough for them to get up. 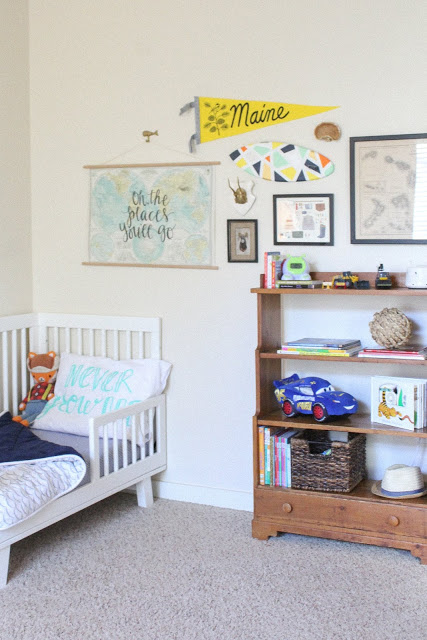 toddler bed (converted crib) | okay to wake clock | similar pillow | comforter (c/o Carousel Designs) | lumberjack fox stuffed animal
The first night I plugged it into the wall because I was too lazy to hunt for batteries, but it was so novel and new that he disconnected it (thus turning it off) and played with it.  The second night I put batteries in it so he wouldn’t be able to turn it off, and I set the alarm for 5:40.  I figured that was a lofty goal but wanted to give it a shot.  He woke up well before that but I made him stay in his room until it turned green (I stayed in there with him until it turned green so that he could better understand how it worked).  I coached him on what to say once it turned green; “Mom!  Green light!  Wake up!” and then praised him excessively once he finally made it to that time. 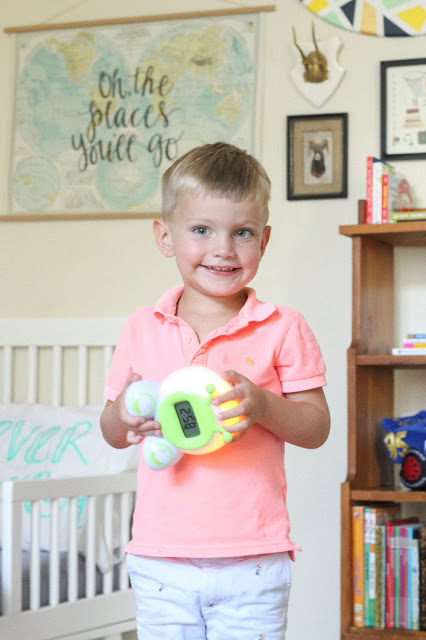 He caught on pretty quickly and he only tried to leave his room early a handful of times.  He finally mastered 5:40 so I backed it up to 5:45 (without telling him) and he did pretty well with that too.  Some mornings I’ll have to go remind him he has to wait until the light turns green, but often he can make it to that time all on his own.  We worked our way back in 5 minute increments and are finally at a 6:10 AM wake up time.  It has made mornings so much better and I’m still pretty shocked at how well it works!  He’s often awake in his room well before that, but he plays with trucks or looks at books relatively quietly until the light turns on.  He’s so proud whenever he makes it to the green light all on his own and I always act really excited and happy that he did it.  Every night before I leave his room I make sure to ask him when he can wake up and he always excitedly shouts “green light!” so it seems like he’s really into the whole concept.  I also made a little chart that we keep on the fridge and if he can make it until the green light turns on he gets a sticker.  Once he fills up his chart with stickers he earns a little toy.

The clock also comes with a night light function, and he turns it on sometimes when he wakes up.  Oh and it comes with 2 face plates so your child can choose the one they want (a flower and some alien-looking antennae). 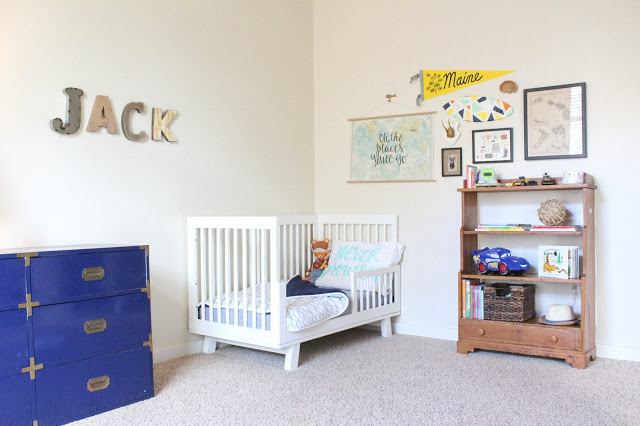 If your child is an early riser and you haven’t tried an OK to Wake Clock I’d really recommend giving one a shot.  (This is not sponsored, I’m just so thankful this product exists.)  Even if you think your child may not understand the concept they may surprise you after you explain it and demonstrate how it works.  It has made mornings in our house start on a much happier note, so maybe it can help you too!