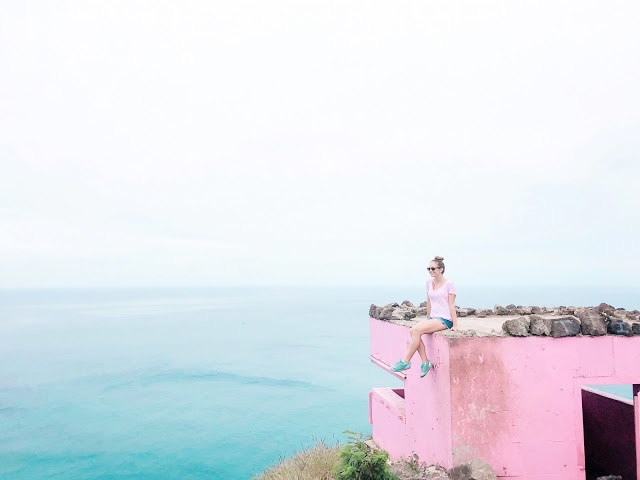 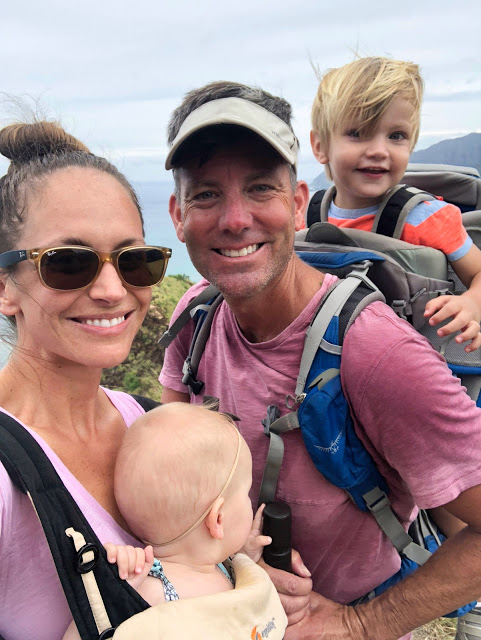 I’ve wanted to get out and hike on Oahu ever since we got here last June, but having a baby in September forced us to push off that ambitious dream for a while.  We also didn’t have the appropriate gear for Jack until last week when we bought an Osprey child carrier off of Facebook Marketplace.  I’ve wanted an Osprey child carrier for a while now but couldn’t stomach the idea of paying full price…so when I saw one on Facebook Marketplace last week I knew that was our big chance at getting one for less than half the retail price!  We have the Osprey Poco Plus and it comes with a removable backpack and it’s great because it has a frame so when you’re hiking you and your child aren’t directly touching and making each other sweat.  We tried hiking with Jack in our Tula toddler carrier back in July but Tom and Jack both made each other sweat so much that they both were pretty miserable and Jack almost overheated.  I have many friends that love using their Ospreys to hike with their toddlers, and after one use we are officially big fans too!  I was a bit worried Jack would hate being confined but he loved it and never fussed once.  He’s heavy for a 2.5 year old (just under 40 pounds) so I know he wasn’t the easiest kid to tote around, but we definitely couldn’t have done this hike if he had been on foot.  The weight limit for these carriers is 48.5 pounds, so hopefully we will be able to use it with him at least until he’s 4 or so…we’ll see.  I wore Caroline in our Ergo 360 and it worked well too. 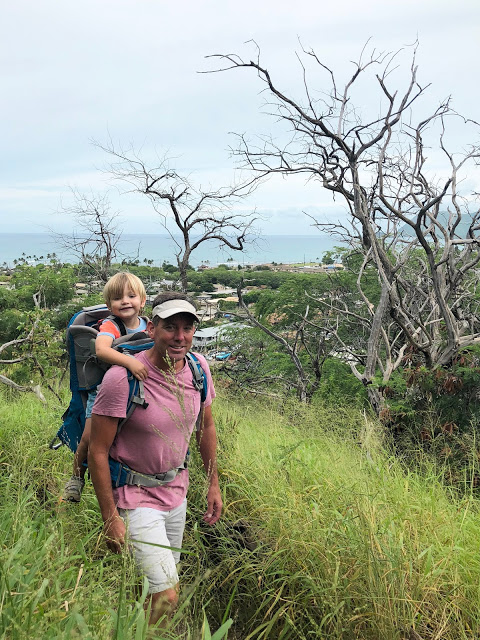 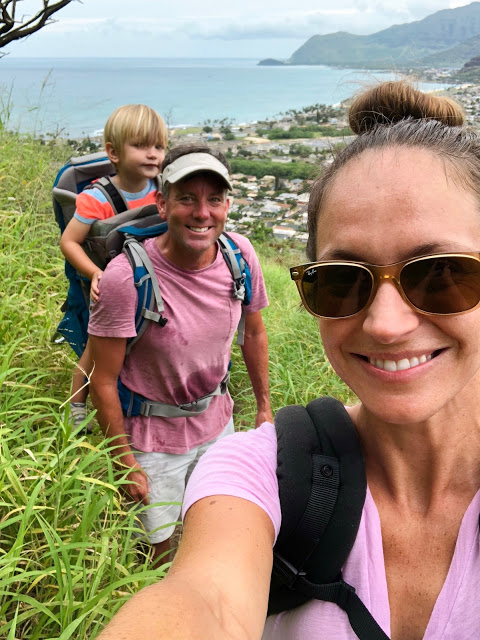 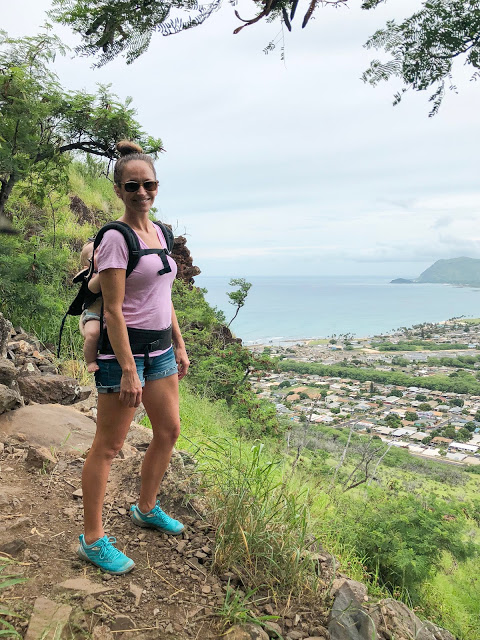 The hike we did was Pu’u O Hulu, which is nicknamed the “pink pillbox hike” because there are old WWII pillboxes (bunkers) on the mountain along the trail and the one at the top has been painted pink.  Being a lifelong pink lover, as soon as I saw photos of this hike I knew I had to do it!  Parking is often an issue when you hike in Hawaii, but it was a breeze for this hike.  I’d recommend not bringing any valuables though, and make sure you lock you car (obviously).  It was just about 2 miles long and took us about 40 minutes to get to the top.  It took less time to get down.  There are a good number of switchbacks and rocks to climb, but overall it wasn’t too difficult and would be great for most kids.  The leeward side of the island is pretty dry, sunny, and hot, but it’s been rather cloudy lately so it wasn’t too hot or sunny for us.  There isn’t a lot of shade along the trail, so if you decide to do it on a sunny day you’ll definitely want a hat, sunscreen and lots of water. 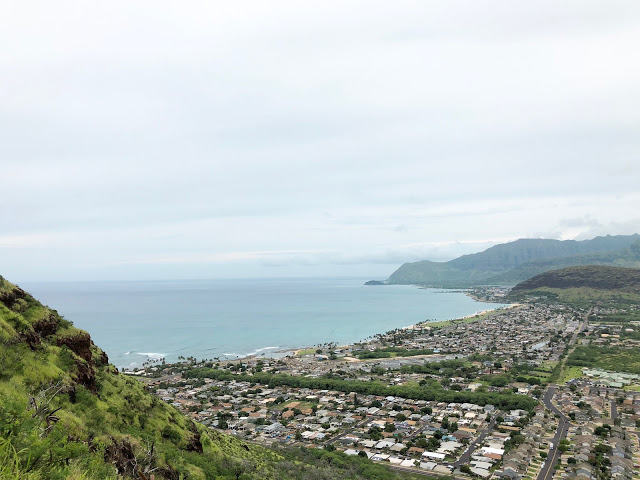 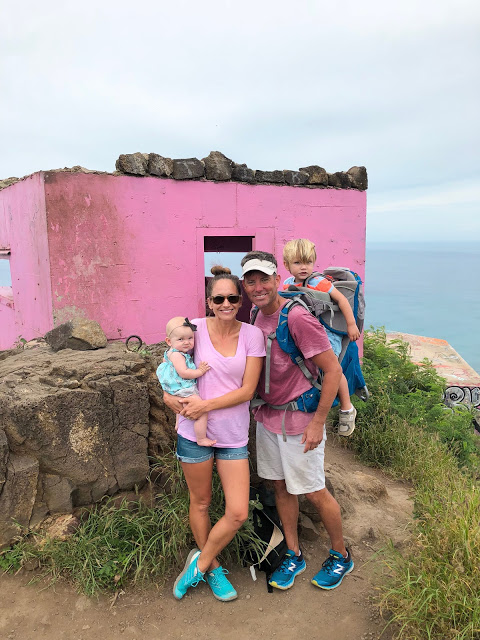 This was a fantastic first hike for us to do as a family and I’m so excited to do some more exploring now that Caroline is old enough and now that we have the carrier for Jack. 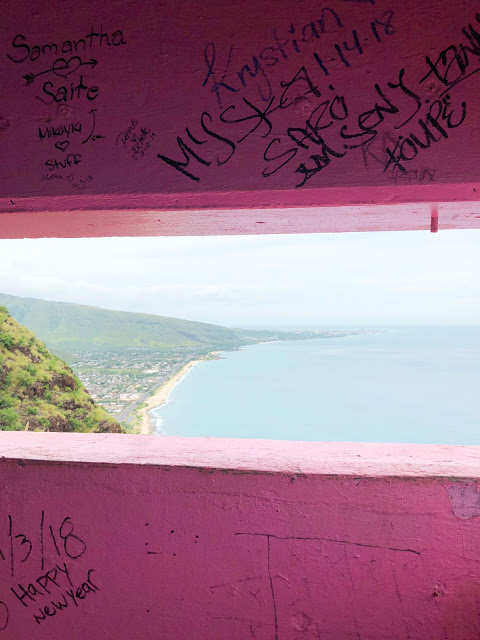 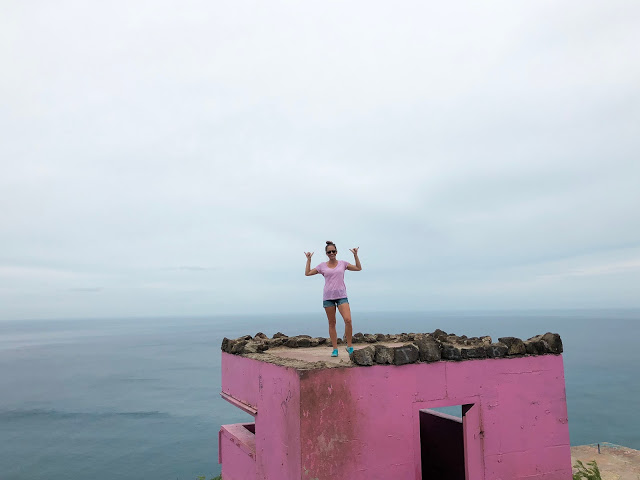 Oh and I got a couple questions about the shoes I’m wearing in these photos: they’re Merrells that I bought for trail running back in 2012.  They’re lightweight and I really like them and they’re great for trail running as well as hiking if you’re not into hiking boots.  This pair looks like it’s the newer version of the same shoe.  They get great reviews and if the sizing is the same as it is for the pair I have I would recommend sizing down half a size (I wear an 8 typically but have a 7.5 in these.)
If you have any questions please let me know!