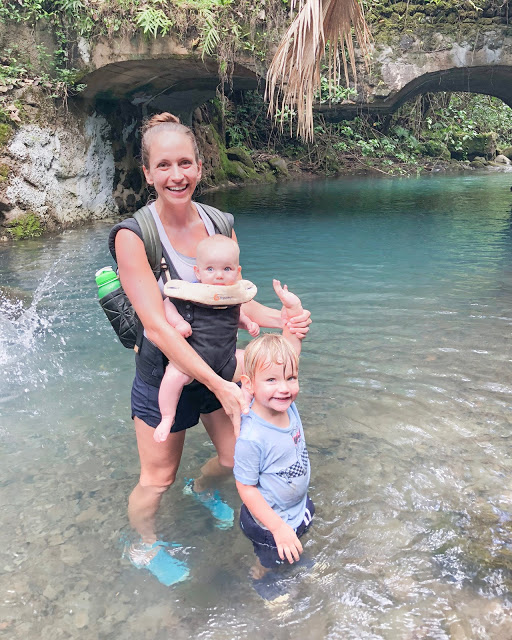 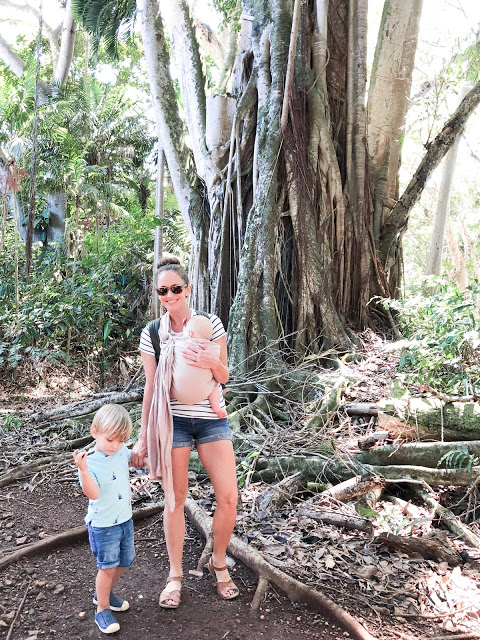 Just about 2 years ago I wrote a post about babywearing and shared my favorite wraps/carriers for wearing Jack (the Baby K’Tan Breeze was my favorite with him, hands down).  I wore it all the time and absolutely loved it, and more importantly, he loved it.  I’ve recently gotten some questions about why I now use a different carrier than I did back then so I figured I’d write a post about it!
Jack was such an easy baby compared to Caroline and she completely threw me for a loop when she hated being worn for the first 3+ months of her life.  Jack loved it from the very beginning and I could always count on it to calm him down when he was fussy.  Caroline was exactly the opposite and would cry while not being worn and then would cry even harder when I’d try to wear her.  It was really difficult, to say the least, especially since this time around I had an energetic toddler to keep up with and I really needed my hands free.
I figured the K’Tan would be a big hit again, so I even bought a second one before she was born.  I was wrong.  She hated the thing and would fight it, even as a newborn.  I tried the Solly (which Jack also liked but it just takes way too long to put on so I didn’t use it often) and she hated that too.  Next I tried the Wildbird ring sling, which I didn’t have with Jack so was anxious to try it out with Caroline.  Turns out, she wasn’t a fan of that either, but she tolerated it more than the other soft wraps.
I tried the Ergobaby 360 with her facing me and she was not happy about that either.  I finally figured out that the big problem was that Caroline liked to face forward…something she wasn’t ready for physically yet.  I finally broke down and tried it a bit before the “recommended age.” She loved it and it made her happier and quieter than she had ever been before.  After that discovery the Ergo (facing forward) became my go-to because it was the only way she was happy while being worn.  I had the Ergo with Jack but didn’t use it all that often because he didn’t like to face forward and we got into such a great groove with the K’Tan.  It was a lifesaver with Caroline though!  It’s not my go-to all the time now but we use it on our adventures when I know I’ll likely have to bend over to help Jack on rocks or pick him up or when I want a little more structure.  It’s great for hiking and exploring the rocky beach near our house. 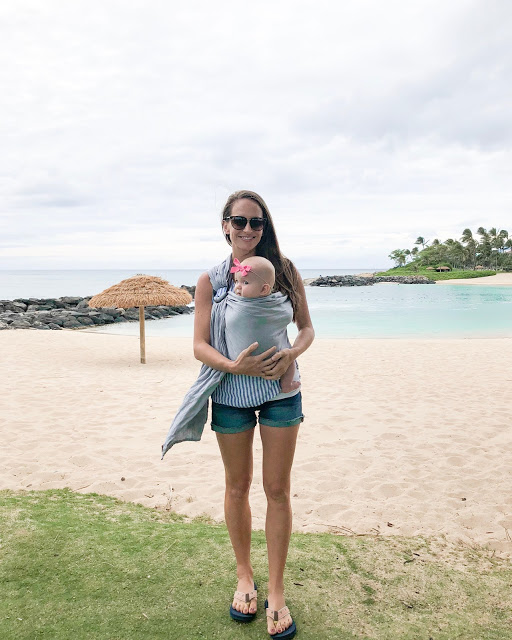 Caroline finally decided she liked the Wildbird ring sling when she was about 4 and a half months old.  Thank goodness!  I love that thing and how simple it is.  It’s the fastest carrier to put on (once you get the hang of it) and it packs into a small ball so it’s great for shoving into the diaper bag or throwing under the stroller.  I use it most of the time now.  It’s especially helpful when we go from the car to the gym/preschool because it’s so quick to put on.  It would be a waste of time to use a carrier that takes a while to put on because I take her out as soon as I drop them off in their their classrooms.  I’ve learned to do the standard carry and two additional ones, so it’s pretty versatile too.  Plus it’s so pretty and there are so many color options.  We own two of the single-layer solids (the cheapest version) and we love them, especially for our climate here in Hawaii.
It’s crazy how different every baby is, even when they’re related.  Just another way they keep us parents on our toes, I guess.  I’m so glad we finally found what works for us, even if it did take lots of trial and error!  If you have any babywearing questions or stories about your experience I’d love to hear them!