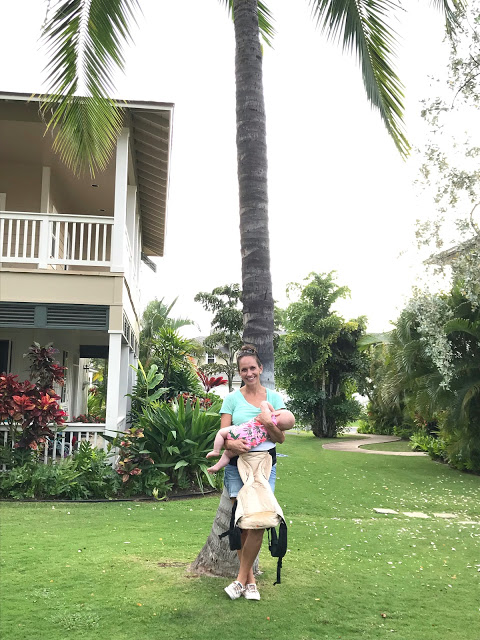 Breastfeeding is such a rewarding experience but it certainly limits you in the bra and clothing department.  Right after having a baby I get super engorged and look like Dolly Parten for about 2 months…something I am not used to because I’m typically an A cup.  After a few months my milk evens out and I’m back to normal size, aside from the nights when I get a little engorged because Caroline decides to sleep well.
I found my favorite everyday nursing bra back when I was breastfeeding Jack, and since then I have found an amazing nursing tank, 2 great nighttime bras, and a sports bra that isn’t technically a nursing bra but it works as one and is very supportive.  I know that a lot of women struggle to find nursing bras and tanks that they are satisfied with, so I thought I’d share my favorites here today.  I don’t like to spend a lot of money on mine so these are all $25.99 or less. 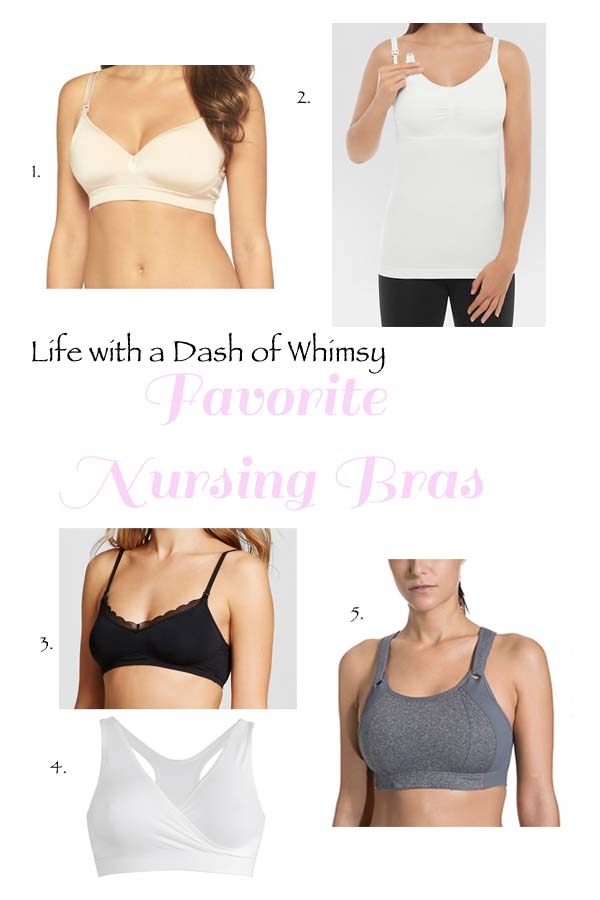 1. Favorite Everyday Bra.  I’ve loved this seamless bra for over 2 years because it’s super comfy, has no underwire and has the perfect amount of padding.  I’ll admit that I even wore it after I weaned Jack because I liked it so much.  I have two in tan and one in black.  It’s a great price too (under $20)!  I wear a size Small in this bra.
2. Favorite Nursing Tank.  I love this tank because you don’t have to wear a bra with it because it has padded cups.  It’s nice and slimming and doesn’t have that uncomfortable elastic built-in-bra-thing that most tanks seem to have.  I wear this more often than my everyday bra because I love that my belly is covered when I have to feed Caroline on the go.  Oh and another great feature is that you can crisscross the straps in the back, so it works if you wear a normal shirt or a racerback tank.  I own two white ones and one gray one…they’re that good!  I wear a size Small in this tank.
3. Favorite Nighttime Bra.  I like a simple, comfortable bra for nighttime and I alternate between two of them.  I like this one because it snaps open and closed like a regular nursing bra, and it’s actually really pretty, as far as nursing bras go.
4.  Other Favorite Nighttime Bra.  I also use this Gilligan & O’Malley one that it the more standard seamless pullover nighttime bra.  Unfortunately this bra doesn’t seem to be available anymore, but this bra looks like it’s almost exactly the same.  I’ve tried the cotton pullover bras and ripped one in the middle way too easily so I wasn’t a huge fan.  These two that I use now are great though.  Oh and my favorite brand of nursing pads (I leak a lot) is the Target brand.  They’re cheaper than the other kinds and they seem less bulky than the Lansinoh ones.  I’ve tried the reusable Bamboobies but I leak right through them and they make my boobs feel kind of swampy, if that makes any sense.
5. Favorite Sports Bra.  I ordered this sports bra (it’s on Amazon Prime!) a couple weeks ago and really love it.  (It’s an affordable dupe for this sports bra I’ve heard lots of people rave about.)  It has velcro on the straps so you’re able to pull the strap out and nurse easily.  It took me a couple wears to figure out the best way to get the strap back in without getting the velcro caught on the hole, so I fold the strap over on itself and then insert it.  Works like a charm!  And this bra is super supportive and goes by cup size so you can get the size you need.  As I mentioned above, I’m an A cup but they don’t make that size in this bra so I have the 34B and it works perfectly for me.  I wear this every time I go to the gym and it’s great for running too.  I also have two of this bra but it’s more for low impact stuff like yoga or bumming around the house.  The little ring on the back squeaks a bit though, which is kind of annoying!
Shop the Post: