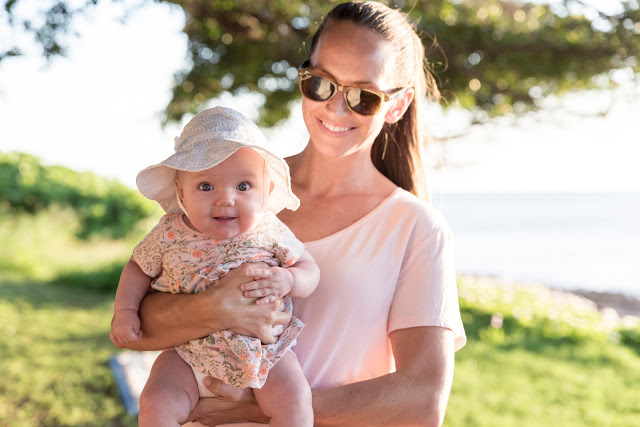 I haven’t done a life update here in forever so I figured I’d take a little time and share some things that have been going on. Jack (turned 2 in November) started with an Early Intervention Program that same month.  It was a long route to get there (we moved and switched Tricare regions and then had a long wait to see the developmental pediatrician and then another long wait to start receiving Early Intervention services through Easter Seals), but I’m glad we made it through the gauntlet.  He is very far behind verbally and cognitively and he is seen 3 times a month at our home by a teacher and once a month by a speech therapist.  He has started using more sign language and attempts to say more words than he used to.  His vocabulary is limited to things like “car,” “choo choo,” “baby,” “ball,” “bird,” and a few animal noises (no “mama” yet, sadly) and he does not string together words yet either.  He will occasionally say “dada” which is really sweet.  And he actually pointed at a photo of me and said “mama” but hasn’t said it to me directly yet.  We also started preschool last week which I hope will help with socialization and learning to follow instructions from other adults.  It has been difficult to find preschools here in Hawaii that aren’t astronomically priced and don’t last all day like daycare, so we finally found a place (the YMCA) that I’m praying will be a good fit.  He cried like crazy on Wednesday but only cried a little of Friday, so we’re already making progress there.  On Friday I dropped him off at preschool, put Caroline in the child watch (free for 2 hours a day!) and then I worked out in a gym for the first time in forever.  I did my go-to treadmill workout (I talk about it on my highlight reel on Instagram Stories if you’re interested) for 5 miles and then I did a whole bunch of weighted squats and lunges and ab exercises.  As I sit here writing this a day later I am SORE!  I think this will be so good for all of us and I’m happy we finally found a place that checks all the boxes.
Jack learned how to climb out of his crib just before Christmas so we had to put the toddler rail up on his bed.  It’s been a big adjustment but he’s handled it surprisingly well.  He always follows us to the door when we put him to bed but after a minute or two of banging on the door he stops and eventually finds his way to his bed.  The first night he fell asleep in front of the door, but after that we’ve had no issues at all.  He wakes up a little earlier now but yesterday he slept past 7 so I think he may be back to his normal schedule. 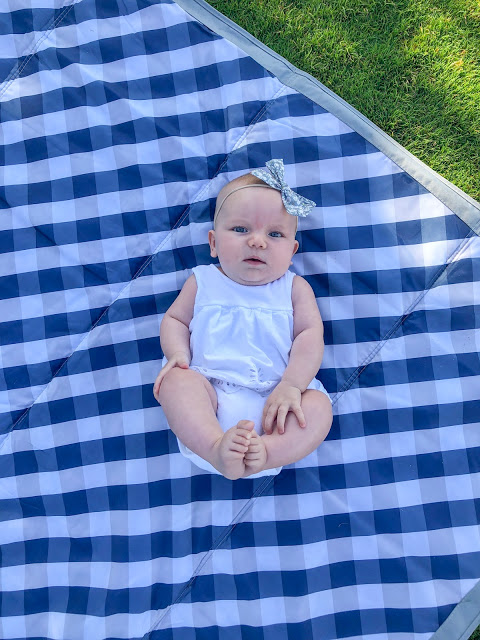 As far as Caroline goes, she is 4 months old now and smiles and laughs and rolls over from back to front all the time.  She finally mellowed out a bit just before she hit the 4 month mark and she is fun and pleasant to be around now.  She used to cry the second she was put down, hated being worn, hated pacifiers…hated pretty much everything, but she really turned a corner at the end of December and doesn’t mind any of those things now.  Right around that time she decided to stop sleeping through the night (she did 12 hours straight from 8 weeks old to nearly 4 months old) and now she wakes up 2 or 3 times a night.  I hope that it’s just a phase since she’s been going through so much developmentally.  She watches Jack all the time and tries to reach out and touch him.  Jack loves her so much and gives her spontaneous kisses and head pats all day long.  He isn’t jealous of her at all.  She also just found her toes which is adorable.  She has the chubbiest things and I hope she never loses them.
On Friday I upgraded from an iPhone 6 to an iPhone 8 Plus and the difference is amazing!  I love the portrait mode on the camera and all the photos are so much more vivid than they were on my old phone.  I also just learned that there is a free Lightroom app for editing photos and I’m hooked.  Have I been living under a rock?  Why did no one tell me about this!?  It’s so good if you haven’t tried it before.  I have the normal apps like A Color Story and VSCO but typically do the manual edits on iPhone photos in Instagram (not the filters) but this app lets you tweak things even more which is great.
As for me, I’m still trying to get back in shape after giving birth 4 months ago.  I only have a few pairs of shorts that fit and it’s driving me nuts.  I have about 15 pairs of lululemon speed shorts (acquired between 2011 and 2012 and I still love them) but they’re all too small still so I went to lululemon right before Christmas and discovered that they now make the shorts in a high rise version.  The Speed Up Shorts in high rise are a lifesaver and eliminate the muffin top I still have.  I wear a 6 normally at lulu but bought these in an 8 for me to wear until I fit into my old shorts again.  I also recently bought new sneakers at the outlet mall and really like them for running.  I always wear New Balance and bought the Fresh Foam Arishi shoes in a gray/silver color and they’re awesome (if you like a lower profile running/everyday shoe) and are a very good price too.  I just realized they come in a blush color that’s really pretty so I may order those now and wear them once I wear this pair out.
I’ll try to do these updates a bit more frequently because I know a lot of people have been wondering how Jack’s speech progress has been going.  If you want to hear about any random topics let me know!  Hope you all had a great weekend!