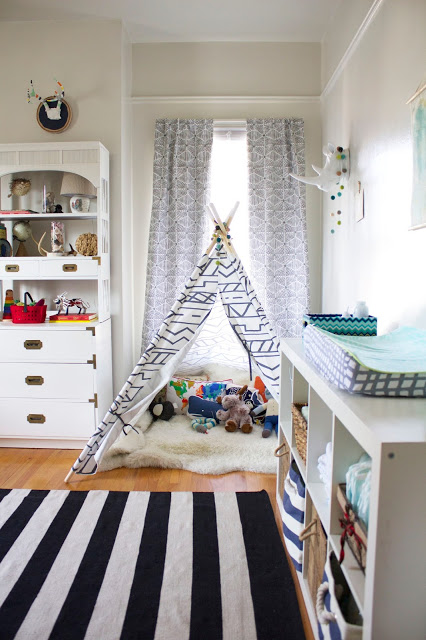 Teepees for little ones are all the rage now, and I jumped on the bandwagon because sometimes the bandwagon is lots of fun 🙂  We have it set up in the corner of Jack’s bedroom and it’s a cozy little spot that he likes to play in, read in, and one time I even took a nap in it.  I see a lot of people just put down a sheepskin rug, but that wasn’t enough cushion on since we don’t have carpet.  I’ve also seen the thick teepee pillows that Land of Nod sells, but they’re rather pricy and aren’t good if your infant/toddler sits on the edge of it because it’s easy to fall over.
I found the perfect, affordable solution a few months ago and I wanted to share my trick here because I’ve gotten a few questions about it on Instagram.  So, here is how we “built a better teepee” for Jack. 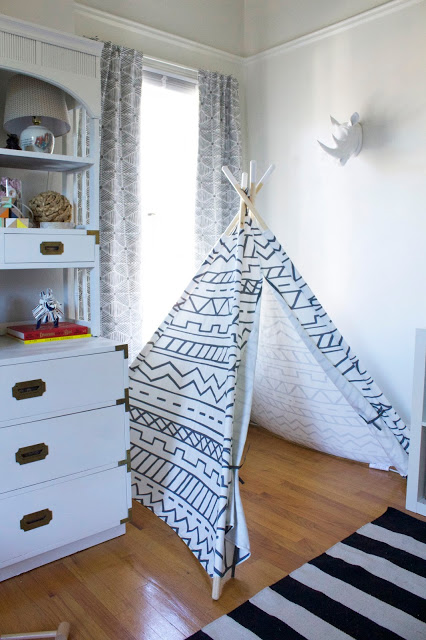 1.  Go buy a large but thin dog bed at Homegoods or TJ Maxx.  They’re nice and comfy, not too high, cover most of the floor, have little grippers on the bottom so they won’t slide, and they’re cheap!  We bought a rectangular one for about $15 and it’s perfect.  I’m going to call the dog bed “the cushion” for the rest of the post because it sounds better than “dog bed”  🙂 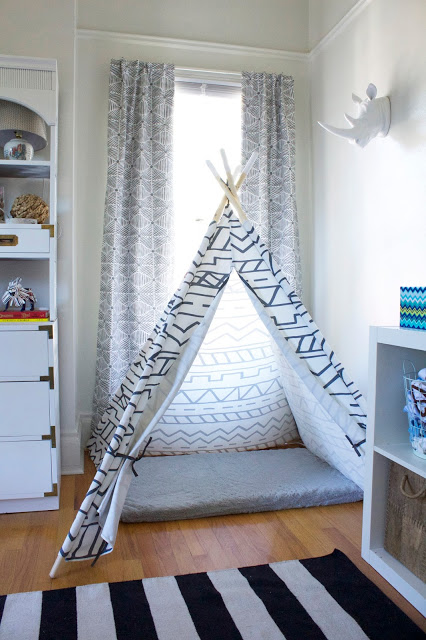 2.  Add large pillows to the back of the teepee.  We put these on the floor because the cushion isn’t quite deep enough.  This allows for a plush backrest and prevents them from ending up on the hard floor behind the cushion. 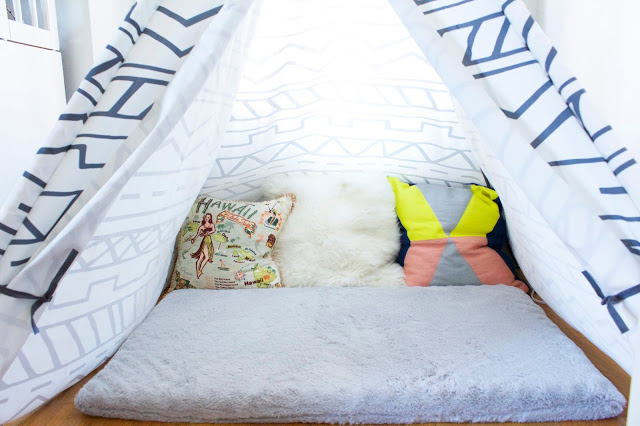 3.  Layer a sheepskin rug over it.  We have the large one from Ikea that is really about 3 or 4 of them sewn together.  It’s so soft and we’ve gotten a lot of use out of it since Jack was born.  When he was teeny tiny we would plopped him on it in our living room and put the baby gym over him.  Best part about it is you can just rinse it off if it gets dirty.  (I took a picture of this step but now I can’t find it on my computer!  It’s pretty straight forward though…just lay it over the cushion.)
4.  Add an assortment of smaller pillows and soft animals.  Our favorites are from BlaBla Kids, Cuddle & Kind, Hobby Lobby, Ikea and Target’s Pillowfort line. 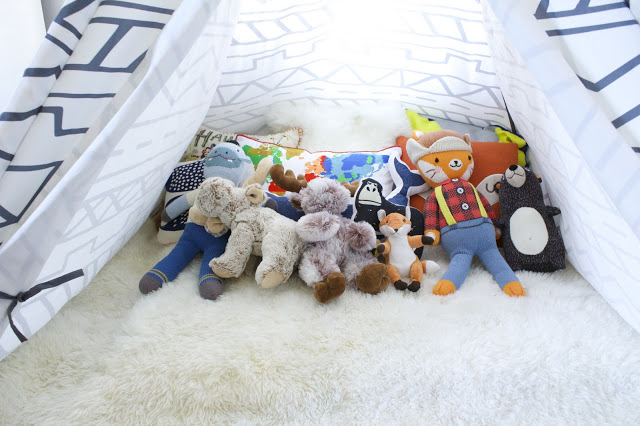 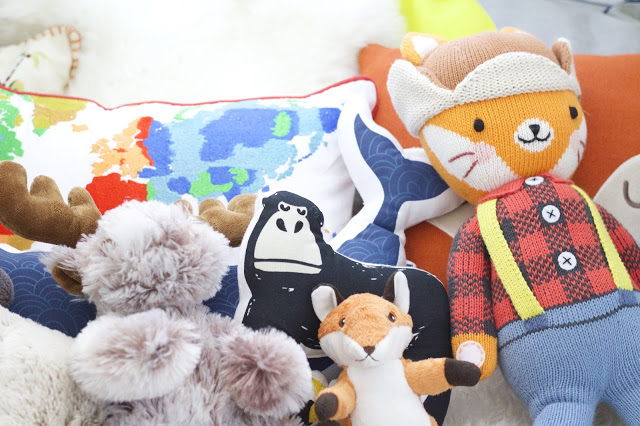 5.  Top the teepee with some garland made of felt balls or pompoms.  I made this garland with felt balls from Hello Maypole.  They have a great selection of colors. 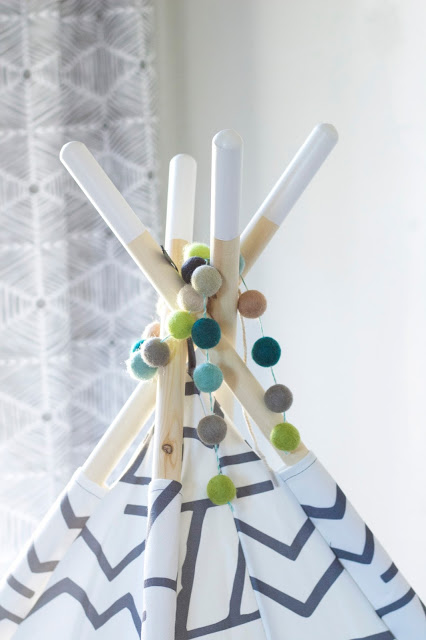 For info on sources and more pics of Jack’s nursery check out this old post here!