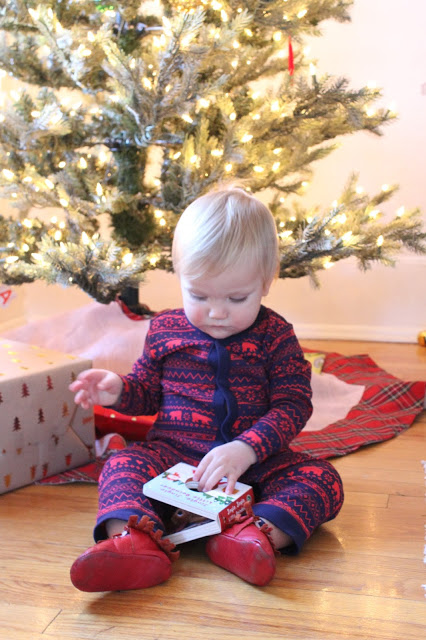 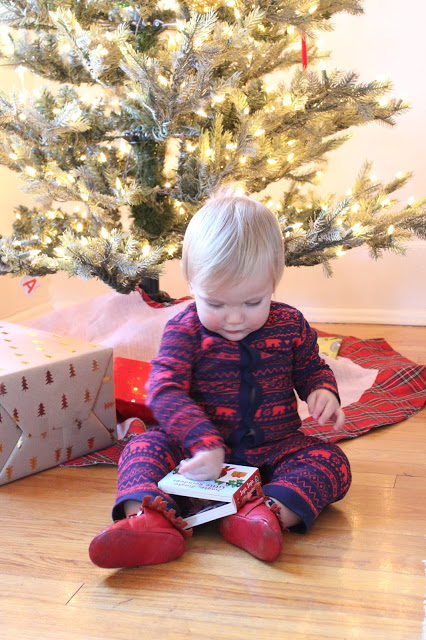 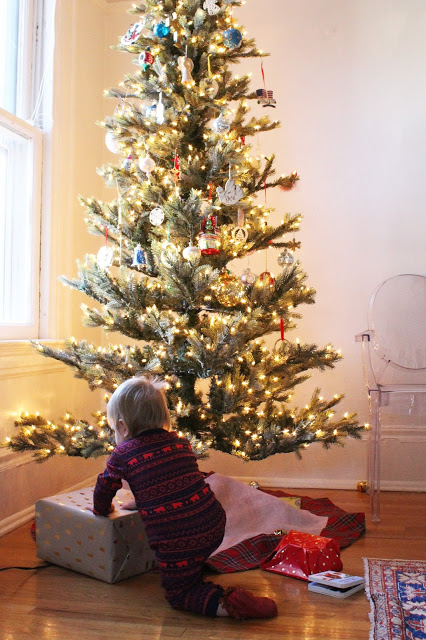 I completely missed a 12 month update here on the blog, but I’m back for a 13 month update!  Jack turned 13 months old this past Friday and his two bottom teeth finally popped through on Saturday!  It only took 13 months but my boy finally has some teeth.  He weighs 25 pounds 10 ounces (79th percentile), he is inches 30.3 inches tall (54th percentile), and he has a big ole noggin and he’s in the 95th percentile for head circumference.  We just had his second 12 month appointment because he had a mild case of hand, foot and mouth disease when he was supposed to have his 12 month well baby appointment…and since he wasn’t actually well for it they made us come back again.  I think this was the saddest appointment due to the 3 shots and the blood draw for lead and anemia testing.  He cried but made a quick recovery and then took a very good nap.
I’m still nursing but it’s down to just morning and night, and the nighttime feeding is rather hit or miss.  He’s so busy that he doesn’t really have the patience to sit still anymore.  I’m sad that this chapter is coming to an end, but it’s been a wonderful experience and I’m glad we made it this far.  We may wean by the time the week is over 🙁
Jack likes to brush his hair, try to feed himself with a spoon, climb the stairs (if we forget to close the gate) and sit on them until you notice he’s made a break for it, and he finally learned how to drink from a sippie cup (although he makes a massive mess).  He enjoys putting jingle bells in the lower branches of the Christmas tree, turning on the Roomba, and he has become fascinated with cars and trucks of any size.  He will sit and flip through the pages of a book, as long as he’s by himself and you’re not trying to read to him.  He is obsessed with electrical cords, so if anyone has any tips on how to make him stop messing with them PLEASE let me know.
He has become VERY picky with food.  I don’t know what the deal is.  He’ll eat oatmeal, pouches, yogurt, raisins, bread and snacky things like puffs, but he’s skeptical of anything that comes out of a bowl and anything that requires much chewing.  Is this normal?  He won’t even taste things.  It’s really frustrating because he used to love pretty much everything.  I guess we’ll just continue to try to feed him and hopefully one day he will snap out of it.
He has been walking since he turned 11 months old, and at this point he has a quick little gallop.  He likes to chase and be chased around the living and dining rooms, he learned to give high fives a few days ago, and he babbles all the time but doesn’t say any real words yet.  He does a little dance when he hears music or gets excited, and it is absolutely adorable.
His sleep schedule is almost back to normal now, with bedtime at 7PM and wakeup around 7AM.  He’s had a few hard nights recently due to a cold and teething, but overall we can’t complain.  He’s still taking 2 naps a day on most days, although he’s starting to fight the morning one so that may end soon too.
This Christmas break we will be traveling a lot (Atlanta, Fripp Island, Disney World and Tampa) and if anyone has any tips for going to Disney with a toddler I’m all ears 🙂
We have a healthy, happy, lovable baby boy and I couldn’t ask for more.