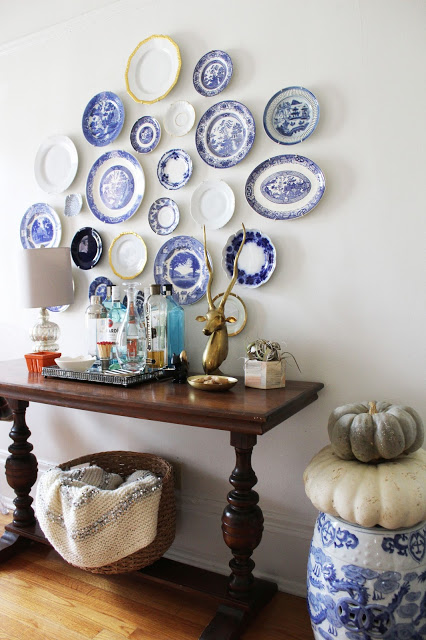 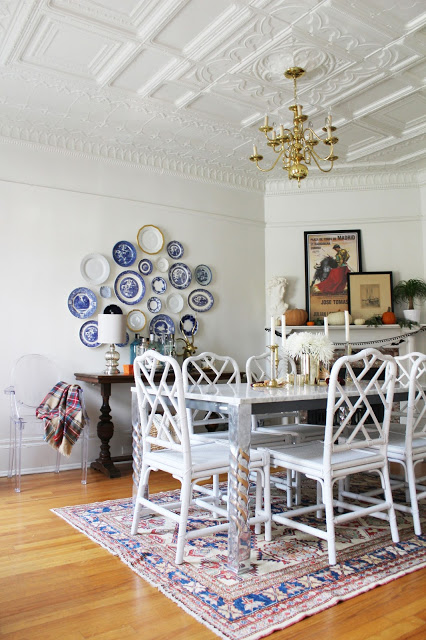 This 115 year old house of ours is full of character, and when it came to the big blank wall in the dining room I knew it needed something special.  One large piece of art would have worked, but I didn’t have one and I didn’t want to buy one so that option was quickly thrown out the window.  A typical gallery wall could have worked too, but I had already used most of our art in other rooms of the house and gallery walls are a little overplayed.  After staring at a blank wall for nearly 3 months it finally came to me: use all the blue and white plates I own to create something amazing!  I’m not into the typical use of plates on a wall…it’s a little too country and kitschy for me, but I decided that if I hung them more as a free-formed gallery wall then it could definitely be the “pop” that this room needed.
I searched Pinterest for some design inspiration and came across this photo of the Viceroy Hotel.
While I knew I wasn’t going to go for a symmetrical look, it was a great source of inspiration for how I wanted mine to turn out.
Here is the process I used:
First, I pulled out every blue and white plate that I own.  Some I collected over the years from thrift or antique stores, some are family heirlooms (my grandparents’ wedding china, the gold-rimmed plates that my great-great-aunt painted, blue and white West Point plates from 1930), and a few are just simple plates that are from Williams-Sonoma or made by Fiestaware.  Like I said, I pulled out anything that would work with this color scheme!
Next, I went to an antique mall.  I bought a few more affordable plates that I pulled from all sorts of different booths.
Next, I measured all of my plates and bought plate hangers.  I just used the simple gold hangers with the springs on the back.  I chose the ones with clear plastic around the prongs so that they don’t damage the plates.
I laid all of the plates out on our dining table and played around with the layout for a while.  I didn’t want the white plates to be too close together, and I tried to keep the Blue Willow patterned plates separated a bit.  I made sure to take a photo once I had the layout that I wanted so that I had something to reference once I started hanging the plates.  This is what my original plan looked like: 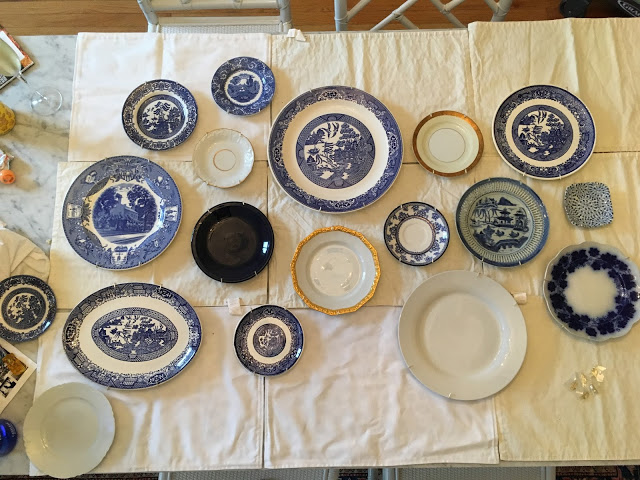 As always, things kind of evolved as I was working.  Partially because I accidentally didn’t hang the plates at the exact same angles that I had originally planned, and partially because I did a little flip-flopping.  Also, I was drinking prosecco while working…so there’s that 🙂  The key is to be flexible and to have lots of options to play with.  I made sure to start hanging from the bottom so that I could easily move upwards without having to work around plates.  Here are a few pictures of the process (they’re bad iPhone photos, sorry!): 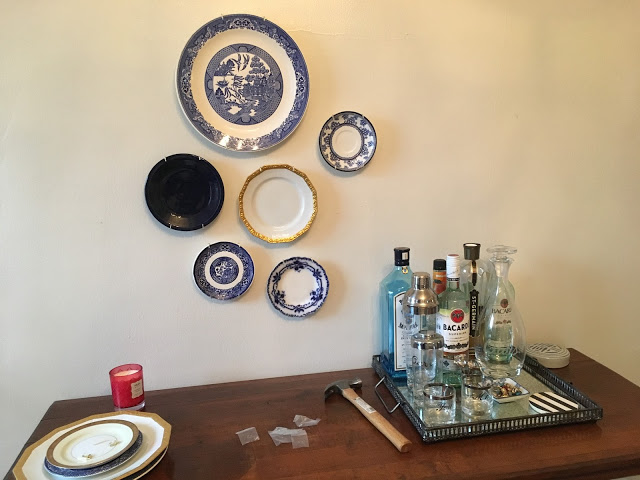 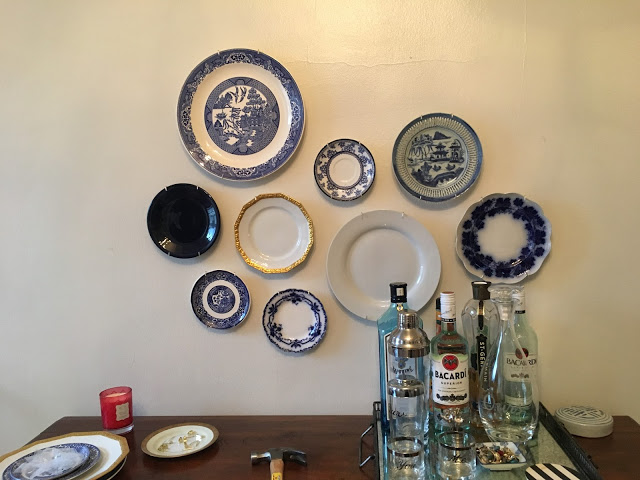 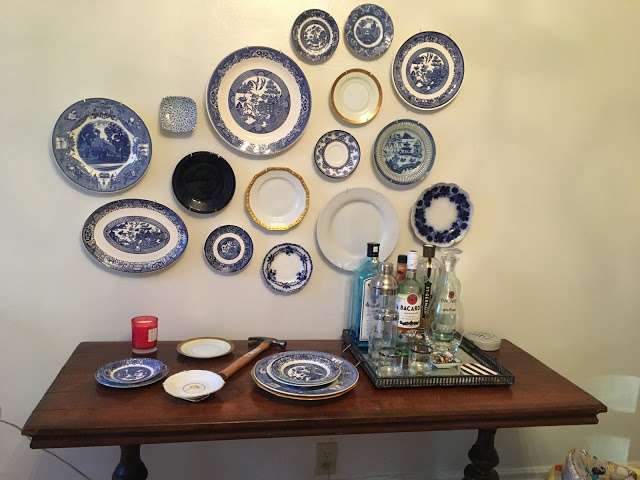 As you can see, the arrangement that ended up on the wall is very different from the original plan.  And it’s even better than I could have imagined! 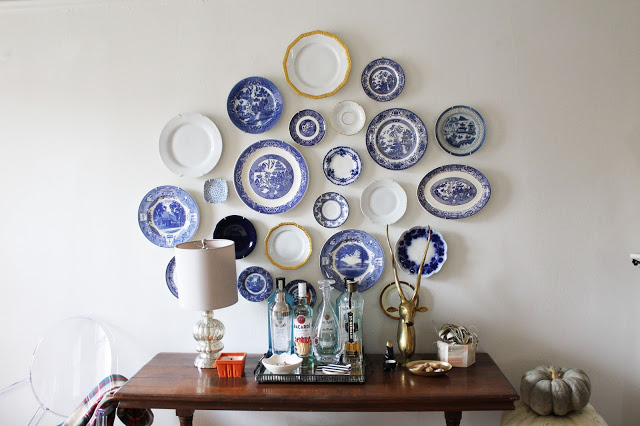 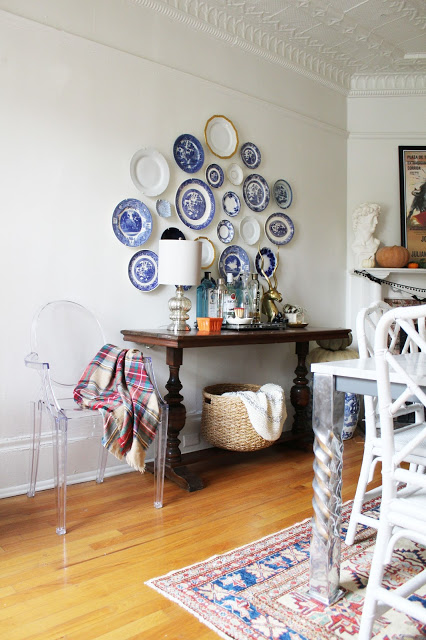