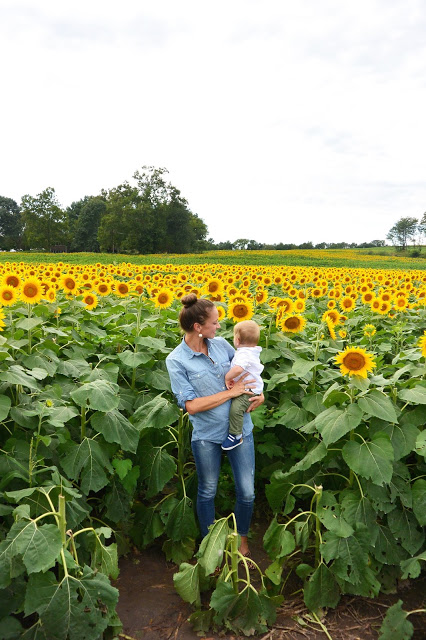 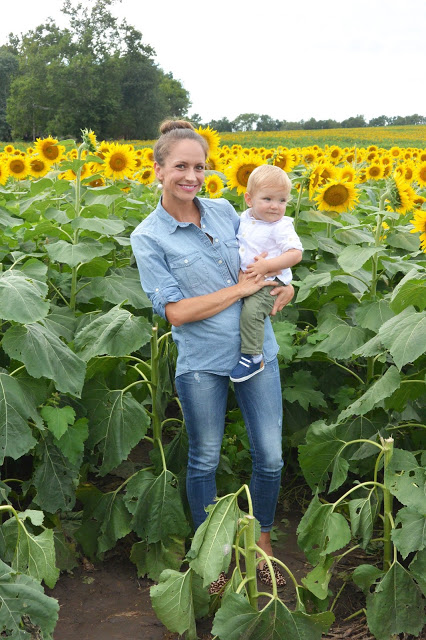 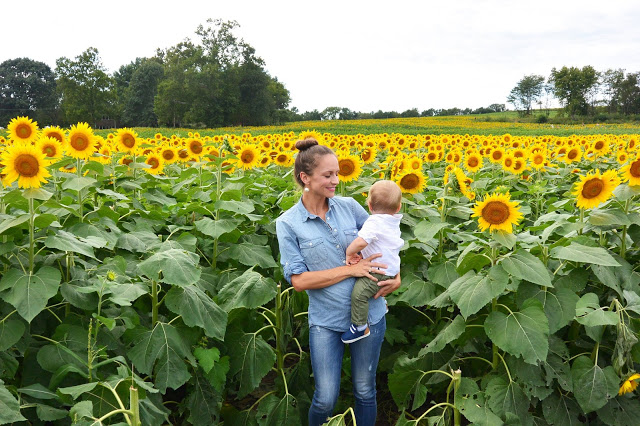 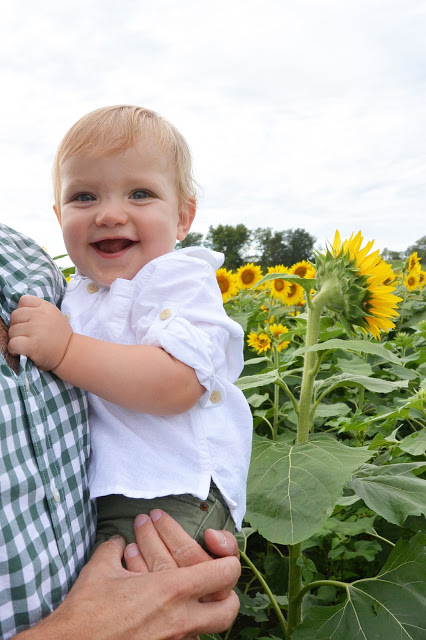 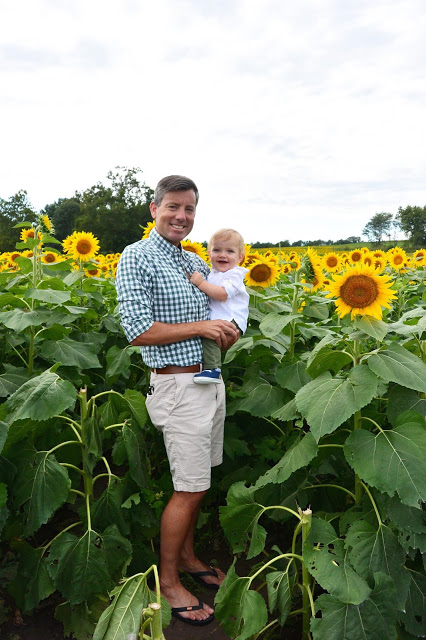 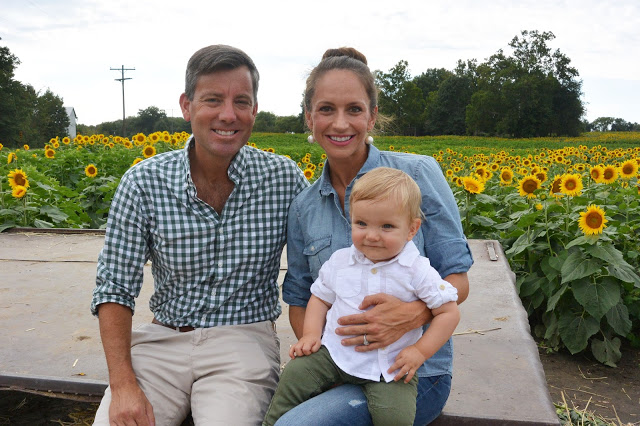 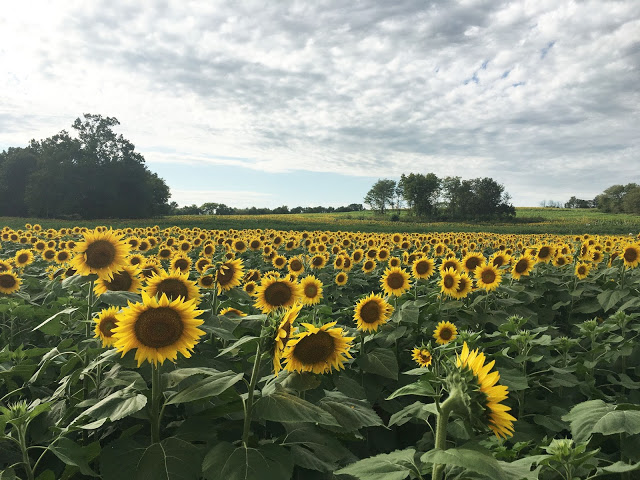 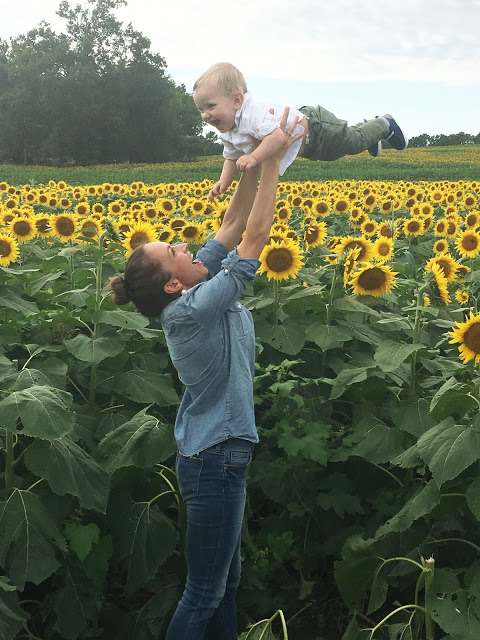 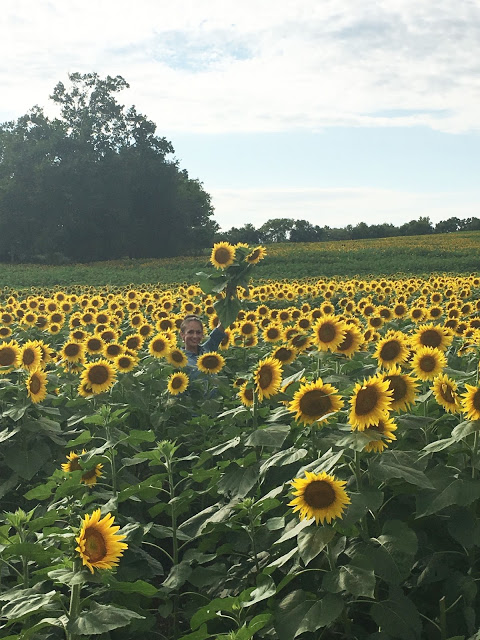 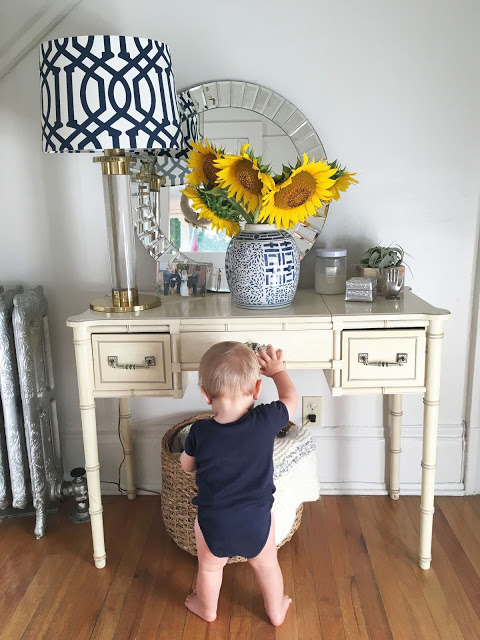 When we first moved to Kansas I heard about a farm that has gorgeous sunflowers at the end of the summer.  The sunflowers at Grinter Farm in Lawrence, Kansas hit their peek Labor Day weekend but I was in Georgia so we weren’t able to go.  Turns out, the farm gained so much attention on social media that people were flocking to the farm by the hundreds, so they ended up having to shut it down because they just couldn’t handle the crowds.  They opened back up after Labor Day though and we were able to go a few days later.  It was about a 40 minute drive from Ft. Leavenworth but it was absolutely worth the trip!  We got there as the sun was setting behind all the flowers so if you’re an amateur photographer (like I am) I suggest going in the morning so that the lighting is better.  You can’t go wrong either way though, because it truly is a sight to behold and they even let you cut as many sunflowers as you want for a small donation ($1 per flower on the honor system).  The sunflowers that I cut are still going strong over a week later and I love how they look in a ginger jar in our foyer.  Jack seems to like them too 🙂