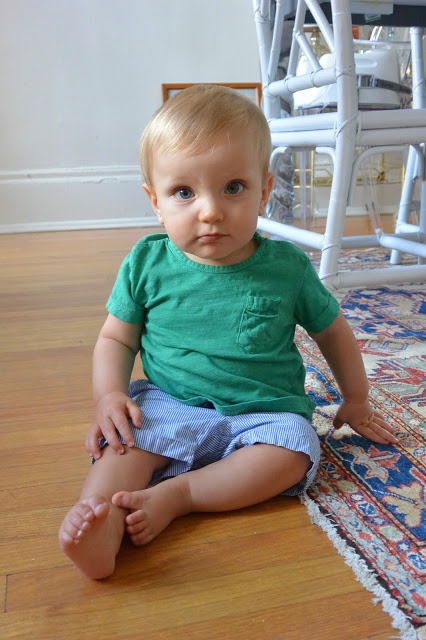 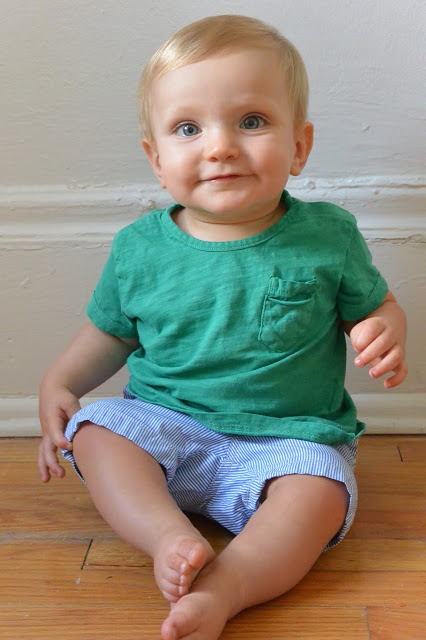 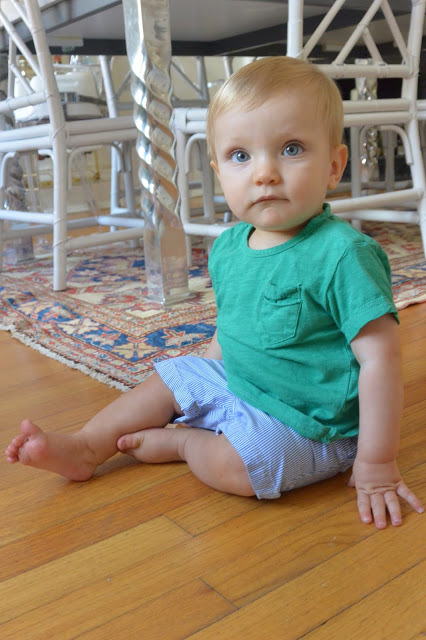 Jack turned 9 months old last week!  I realize I missed his 8 month update here on the blog…life got in the way and I never had a chance to write it.  Y’all know how it goes.  Anyway, I’m slightly more focused than I was a month ago so here is Jack’s 9 month update!
Jack is on the move ALL THE TIME now.  He’s crawling, pulling up and traveling across furniture, and he finally learned to walk in his walker.  It’s exhausting!  I had no clue this phase would be so hard but it sure is fun too.  I wouldn’t be surprised if he’s walking by 11 months because he’s so stable on his feet already.  He also loves to play with anything that isn’t a toy.  It’s as if he knows that the trash can, shoes, electrical cords, recycling, etc. aren’t toys, so that’s exactly what he wants to play with.
Earlier this month we drove from Fripp Island, SC to Ft. Leavenworth, KS by ourselves.  It took only 3 days and Jack was such a trooper.  Here is the key to traveling alone with a baby: have a bag of toys in the front seat next to you and just hand them a different toy each time they drop one or start getting restless.  By the end of each leg of the trip Jack’s little area looked a bit like a hoarder had moved in, but it really, really helped make the trip go smoothly.  Having a small sedan helped because I could reach him, so this trick may not work as well if you have a minivan or an SUV.
He loves to eat pretty much everything (except bananas), and we’ve recently started feeding him small pieces of food rather than purees.  He’s pretty good with his hands now and he really enjoys feeding himself.  Blueberries were his latest discovery and he’s a very big fan.
Still no teeth…but it makes me feel like he’s still a little baby so it’s ok.  He had his first fever this past month and I thought teeth may follow soon after, but still no sign of them.
I had to complete 3 weeks of Army Reserve Annual Training this past month so we took Jack to the child development center for a few hours on the days Tom and I both had to work.  It made me sad to leave him, but he had fun and made some new friends.
Jack is happy, curious, energetic, and very social and and being his momma is an absolute joy!