When I run outside I definitely stick to the less is more philosophy.  I wear lightweight minimalist shoes, I don’t carry water (unless I truly need to) and I hate fuel belts.  That being said, in my 20 or so years of running I have learned the hard way that it’s important to carry a few essential items with you when you’re out for a run.  But first, two stories sharing how I learned this important lesson.
Story #1.  I spent Christmas of 2008 in Grainau, Germany with my family.  It’s the most charming little Bavarian town that’s right at the base of the tallest mountains in Germany. 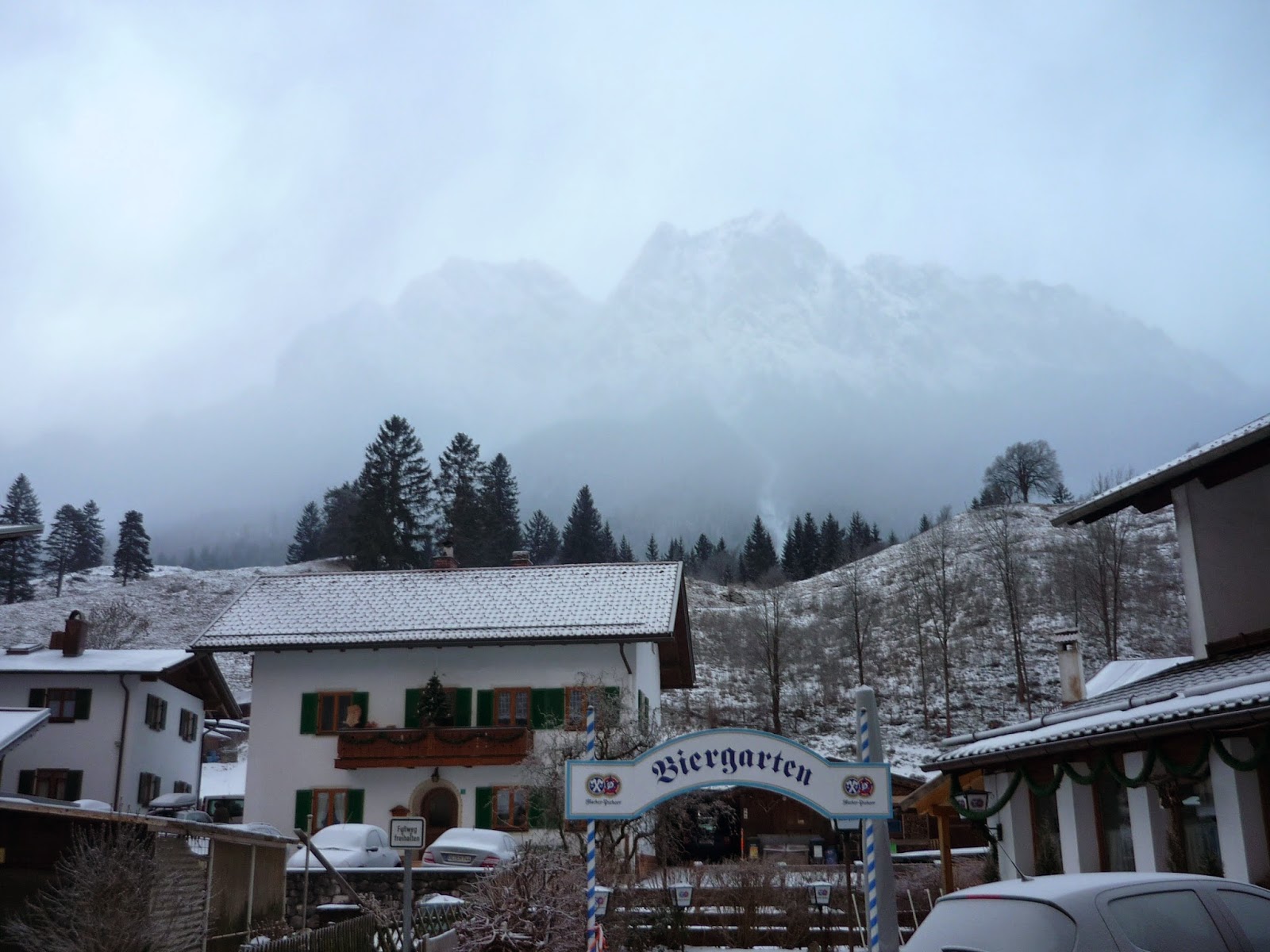 One afternoon I decided to go for a run to the Eibsee, which is a gorgeous lake about 3 miles from the apartment we were staying in.  I decided to leave around 4 PM, and even as it kept getting darker and darker I was stubborn and told myself I had to run all the way to the lake.  By the time I got there the temperature was dropping fast…as was my blood sugar.  I have hypoglycemia and when my blood sugar gets low I get shaky and lightheaded, which isn’t a good thing if you’re half way through a run in the snow, in the cold, in a foreign country, without a phone and without money.  I didn’t have a way to pay for a taxi home, I didn’t have money to pay for food so that I could endure the trip back, my parents didn’t know where I was, and I had no way of calling them.  I started to panic.  I wasn’t sure how I was going to get home.  I thought about walking home but I wasn’t dressed warmly enough for that.  Then I saw them.  Miraculously I ran into my aunt and uncle who had gone to the Eibsee for the day with my cousins.  I started crying as I ran to them.  Here I was, a 22 year old soon-to-be West Point grad, and I was crying because I was so cold and hungry and relieved to see someone who could save me from the predicament I had gotten myself into.  I should have learned to never run without money or a phone ever again…but I didn’t.
Story #2.  In 2012 I was training for what should have been marathon #3 in less than a year (I ended up having to drop out of the race half-way through due to a nosebleed that would not stop…but that’s another story).  I lived in Hawaii at the time, and every single run was magical, warm and full of beautiful scenery and sweet smelling flowers. 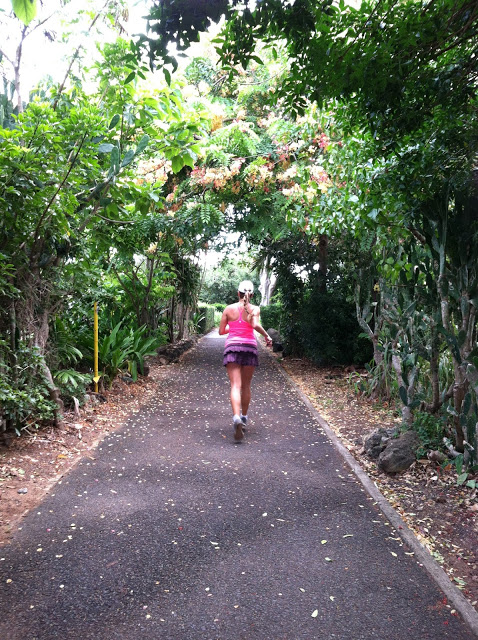 I had been having trouble with my right IT band, which caused my outer knee to hurt really badly, but I decided to head out for a long run one Saturday morning anyway.  I made it from my apartment out to Kahala (about 7 or 8 miles) before the pain was unbearable.  I was limping and couldn’t even think about running any further.  I was able to get some ice for my knee at the gas station, but again…I didn’t have any money or a phone so I had no clue how I would get home.  Luckily, there was a city bus driver taking a break outside a smoothie shop and I limped over to him and told him my problem.  He kindly gave me a bus transfer ticket so that I could catch a bus home without having to pay for it.  This time I was saved by the kindness of a stranger, and I finally learned to never leave home without money or a credit card.
Now I always run with a phone, a credit card/cash and an ID card.  If it’s a long run I’ll run with a gel or a little snack, and if I’m doing a long run on a route without water fountains I’ll bring water with me too.  The phone is important in case you need to make a call, plus it’s nice to have in case you want to listen to music or take a picture of something pretty (or a selfie for proof that you worked out…haha!).  Just make sure it’s fully charged in case you get lost and need to use Google Maps.  I found myself in this situation this past Christmas when I was a mere 6 weeks postpartum, and it was awful!   I got lost on a trail on Hunting Island, SC and ended up running 8 miles which my body was NOT prepared for.
What items do you always have on you when you run?