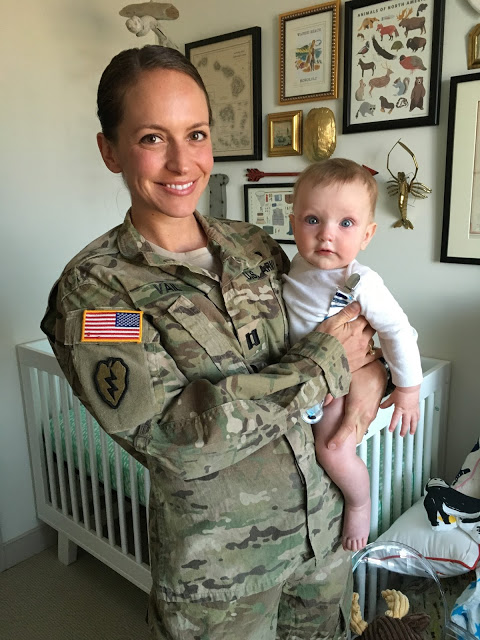 *If you’re a White Christmas nerd like I am you’ll know where that title is from.*
Well y’all, I finally did it.  I’ve had an internal debate going on inside my brain (and heart) for a while now, and I recently bit the bullet and switched from the Individual Ready Reserve (IRR) to the U.S. Army Reserve.  As most of you know, I graduated from West Point in 2009 and served as an Active Duty Army Officer for just over 5 years.  Commissioned Officers owe 8 years at a minimum, so I’ve been in the IRR for the past year and a half (which doesn’t require you to do anything and you’re not paid, but you maintain your commission and you are at risk of being called up if the Army needs you).  I announced this on Instagram a month ago but realized I had not mentioned it here.
I was very ready to leave the Army life behind me but over the past few months I’ve had a bit of a change of heart.  My last assignment was at the Pentagon where I worked on expanding positions, units, schools and occupations to women.  It was an eye opening job and I learned just how much work it requires to make substantial changes in the Army.  At the end of 2015 all of our hard work paid off and the Army opened up everything to women.  We have even had 3 women graduate from Ranger School, and I must admit that I cried happy tears when I found out that they made it through.  I have never wanted to attend Ranger School or be an Infantry Officer but I have served with many strong, smart and talented women that I know could totally do it, and I sincerely believe that women should at least have the opportunity to try (as long as standards are not lowered).  After seeing all of these changes occur, and after an impromptu visit to the Women’s Army Museum at Fort Lee, Virginia, I had a renewed sense of pride in my service and the service of all the women who paved the way before me.  I want to continue to be a full time mom to Jack so Active Duty is not appealing to me anymore, but I think I can handle one weekend a month and 2 weeks a year (the requirement for drilling Reservists).  There is the potential for a mobilization, but I’ll cross that bridge when/if I get there.  So far, I have had two weekends of drill as a Reservist and it felt weird yet comfortable to wear the uniform again.  I have no clue where this journey will take me or how long I will stay in, but for now I am happy and excited to serve our nation in this new capacity.