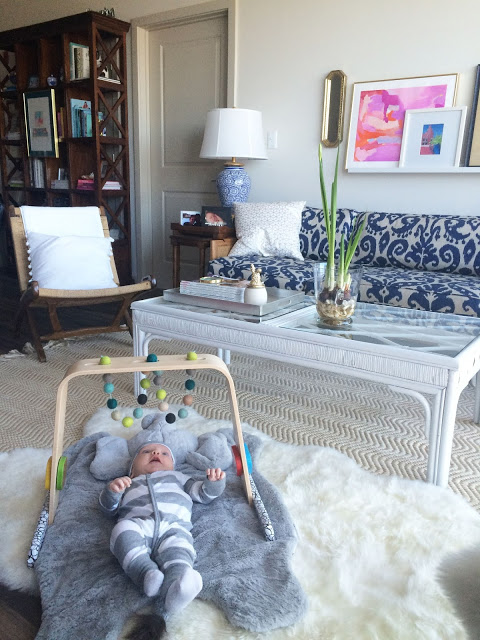 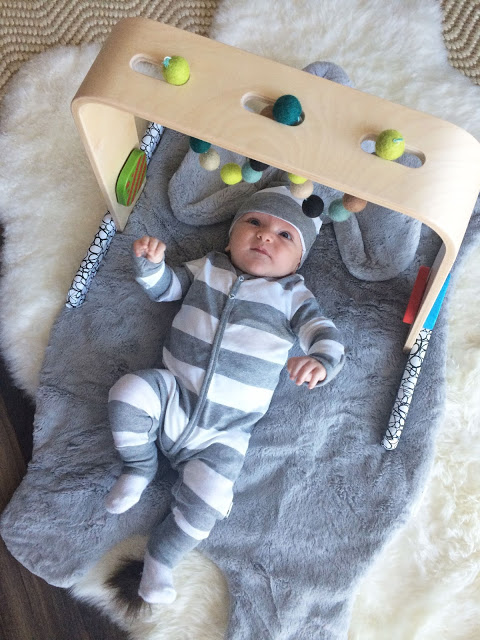 If you’re a mom you’ve likely realized that most baby toys are not the easiest on the eyes. They’re overly colorful and pretty tacky (which is why kids love them!) and you can either steer into the skid and embrace them, or you can try your best to make sure your house doesn’t look like a daycare.  (And then give in eventually once your babies are toddlers.)  I’m still fighting the good fight and trying to delay the inevitable.  That doesn’t mean my son doesn’t have toys though!  Jack is 6 months old now and the thing he has played with daily for about 4 months is a simple wooden baby gym from Ikea.  It was only $29.99 and it was such a great alternative to the pricy one from The Land of Nod.
Even though the Ikea baby gym is way less gaudy than most baby gyms, it’s still a little colorful for my taste.  I didn’t want to paint it because I knew that Jack would end up licking it or chewing on it, so I had to get creative.
I had some leftover contact paper that I used to line the drawers of the campaign dresser in his room, so I decided I’d try to wrap the base pieces with it.  It worked!  Contact paper is slightly stretchy and completely adhesive on the back side, so it was the perfect solution.  The rounded ends were a little tricky and I had to trim the contact paper a bit, but overall it was really easy. 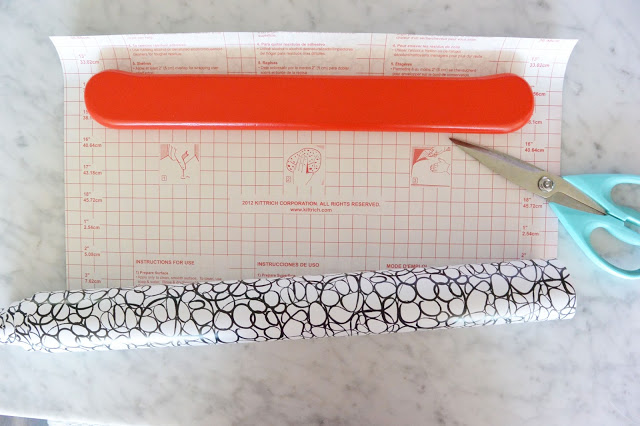 I made sure it was centered and cut to size before revealing the adhesive layer. 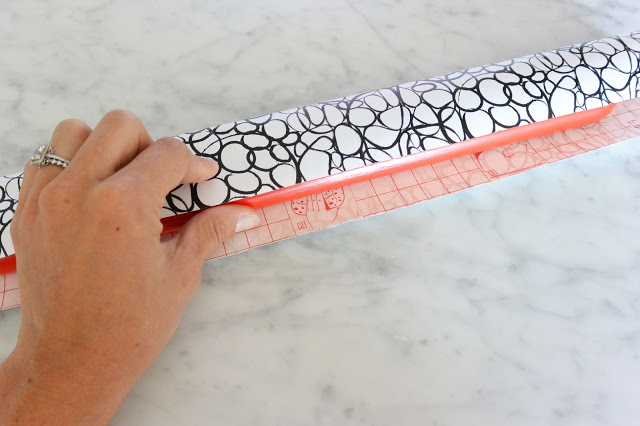 Make sure you wrap it so that the seam will be on the inside of the base piece.  Wrap it slowly and tightly to avoid bubbles! 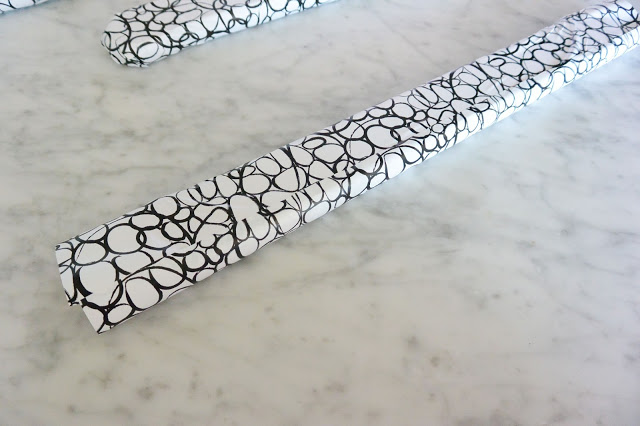 Once it’s wrapped you’ll have to trim and wrap the sides. 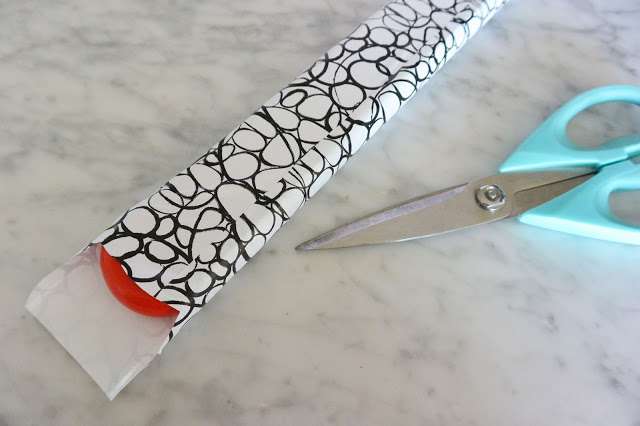 I cut a notch out of the contact paper so that I could fold over just one side. 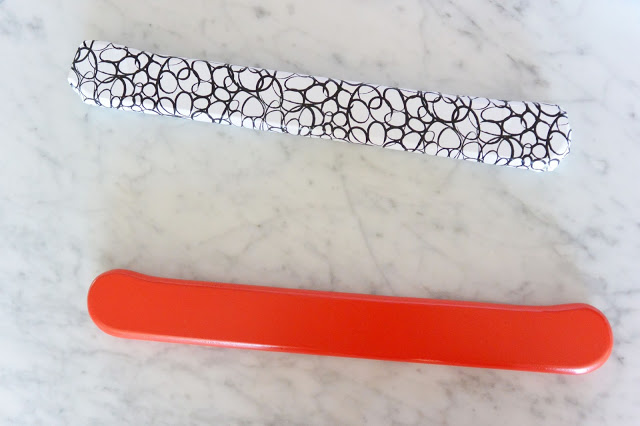 Much better, right?
I decided to not use the hanging toys because they were really colorful.  Instead, I used some of the leftover Hello Maypole felt balls that I used when I made Jack’s driftwood and felt ball mobile.  I strung them on some baking twine, popped them through the slot on the gym, and was done! 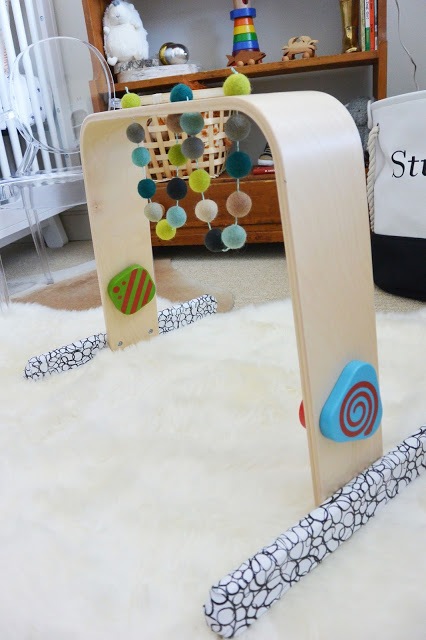 I considered removing the spinning toys on the side but they are attached very well and I didn’t want to go to that much effort.  In retrospect, I’m really glad I kept them on because Jack played with those first before he realized there was something hanging above him that he could grab.  He loooooves spinning and slapping them.  He used to just hit them accidentally when his arms would flail, but now he rolls over onto his side and just goes to town playing with them.  If you decide to modify this gym I would highly recommend keeping them on.  They aren’t the prettiest but your baby sure will love them. 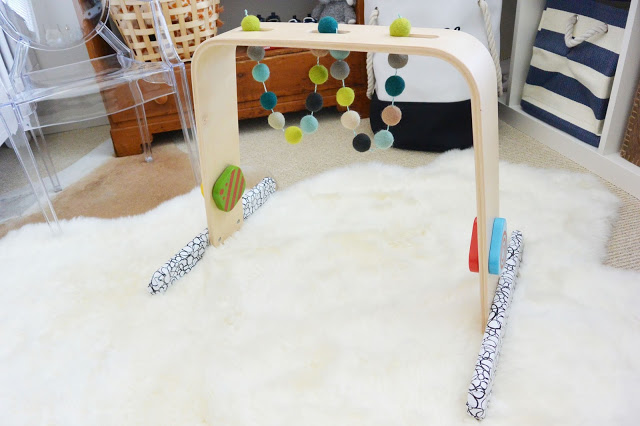 He started grabbing at the felt balls when he was around 3 months old (I think), and now he loves tugging on them and he even tries to grab them with his feet.  Babies are so funny!